Newsweek: Why Ukrainians hate when you say 'The Ukraine' 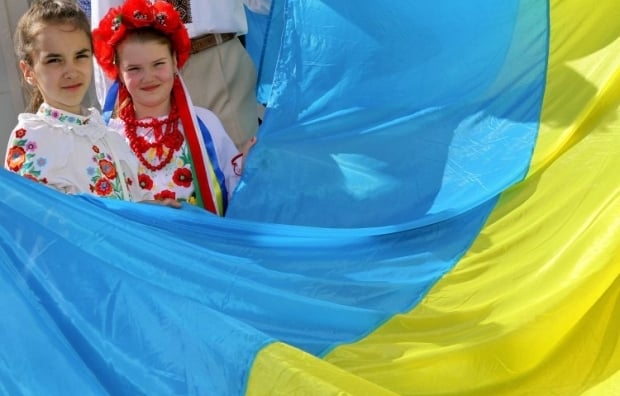 Because of the article's association with the Soviet Union, Ukrainians are particularly sensitive about it / Photo from UNIAN

Adding "the" before Ukraine is actually a throwback to Communism. Prior to the fall of the USSR, Ukraine was known as "The Ukrainian Soviet Socialist Republic." In 1991, the USSR fell, splitting Ukraine from Russia and permanently cutting off that pesky "the," news reporter for Newsweek Polly Mosendz explains in her article titled "Why Ukrainians Hate When You Say 'The Ukraine,'" published on November 10.

Because of the article's association with the Soviet Union, Ukrainians are particularly sensitive about it. "After the collapse of the Soviet Union, Ukrainians probably decided that the article denigrated their country [by identifying it as a part of Russia] and abolished 'the' while speaking English, so now it is simply Ukraine," explained Oksana Kyzyma, press secretary for the Ukrainian Embassy in the United Kingdom. "That's why 'the' Ukraine suddenly lost its article in the last 20 years, it's a sort of linguistic independence in Europe, it's hugely symbolic."

"If the emotional history of 'the' Ukraine is not enough, take it from the CIA World Factbook, which identifies Ukraine as such, article-free. Had the Republican candidates realized their accidental association with Communism, they likely would have corrected themselves to say 'Ukraine,'" the article says.

According to some experts in linguistics, the same political connotations are seen in the use of prepositions 'in' and 'on' with the word 'Ukraine' both in Russian and Ukrainian ('B' and 'HA' respectively). When speakers refuse to say 'in' Ukraine, some consider it as their contempt by saying 'on' or 'HA,' which is the equivalent to "The", meaning Ukraine is not an independent territory but only part of a larger territory, such as the "Soviet Union" or "Imperial Russia."