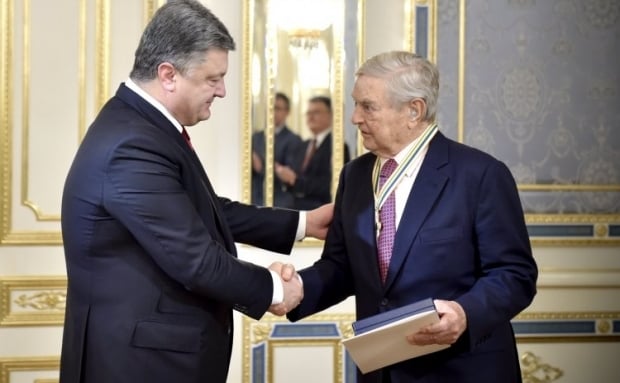 Poroshenko presented Soros the award, one of Ukraine's highest, in Kyiv on November 12, RFE/RL wrote.

"Your intense activities during recent years have extremely promoted the democratic change that we now have happening in Ukraine," Poroshenko told Soros.

He said Soros's International Renaissance Foundation had played a big role in the development of Ukraine's statehood in the past 25 years.

According to a respective presidential decree, Soros is awarded "for significant personal contribution to the strengthening of the international authority of the Ukrainian state, implementation of socio-economic reforms and many years of fruitful activity."

Soros, 85, said after receiving the award that it was a great honor for him personally and for the International Renaissance Foundation.

Soros's charitable organizations have given billions of dollars to countries in Eastern Europe and the former Soviet Union, with charities operating in some 25 countries.