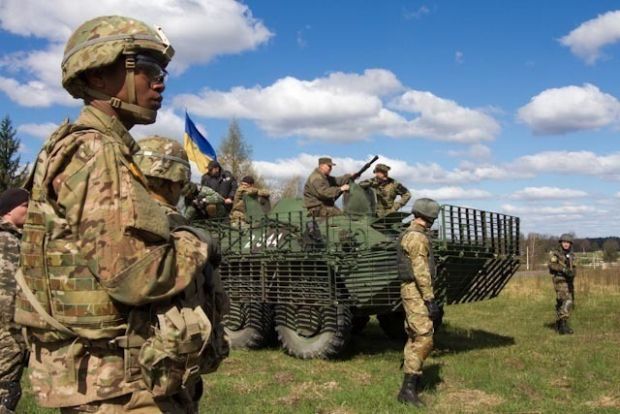 "This is part of our ongoing efforts to contribute to Ukraine's long-term military reform and professionalism, and to help improve Ukraine's internal defense capabilities and training capacity," Davis said at Pentagon.

The phase that began November 23 will train up to five battalions of Ukraine's Defense Ministry personnel and one battalion of special operations forces personnel, he said. Besides, the U.S. forces just completed training Ukrainian National Guard forces.

Read alsoAmerican paratroopers train Ukrainian national guardsmen in YavorivDavis said that in addition to the training, the United States will be working with the Ukrainian Ministry of Defense on a training center and other institution-level development.

The effort, which Congress approved in 2014, is to help Ukraine better monitor and secure its border, operate more safely and effectively, and preserve and enforce its territorial integrity, the spokesman said.