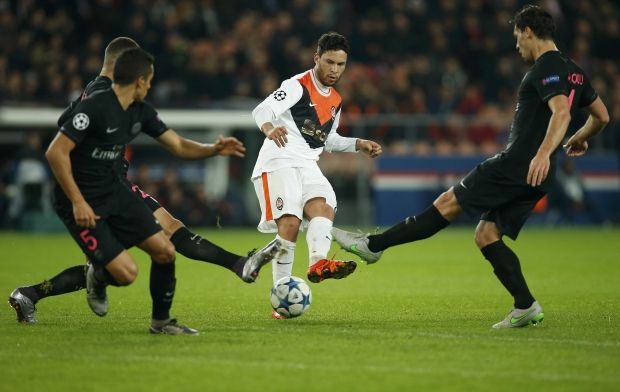 The Ukrainians went into the match level on points with Malmo, but the Swedish outfit's 8-0 mauling at the hands of Real Madrid saw them finish bottom of Group A and bow out of Europe, SportsMole wrote.

An error from Shakhtar goalkeeper Anton Kanibolotskiy gifted Zlatan Ibrahimovic with a golden opportunity to break the deadlock in the ninth minute, but the Swede could only blaze his effort over the bar. It took PSG until just before the hour mark to take the lead, Lucas smashing home from close range after being lined up by Ibrahimovic.

Lucas turned provider four minutes from time when PSG netted their second, flicking the ball on for Ibrahimovic to rifle in his 17th goal in UEFA competitions and kill off Shakhtar's hopes of a revival.

PSG, who had already secured their place in the knockout stages of the competition ahead of kickoff, ended their group stage campaign as runners-up behind Real.