Antonov may brand its new An-178 "Bandera" 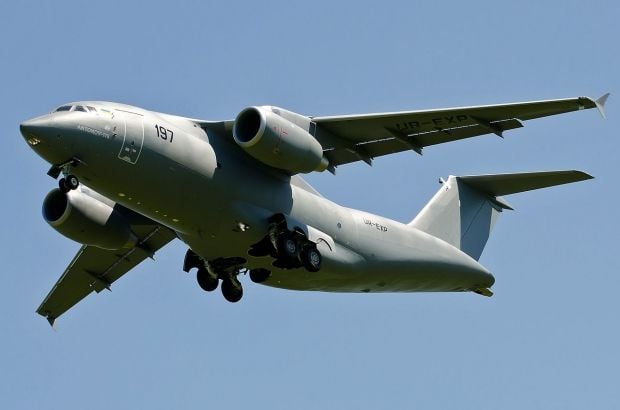 A total of 2,500 votes have been given in favor of the name "Bandera" [after Stepan Bandera, a historical figure, leader of the Ukrainian national and independence movement]. Other popular names are Amet-Khan Sultan and "Cyborg," each scoring more than 700 votes.

Read alsoPoroshenko posts video of new An-178The voting in social networks for a new name for the AN-178 will be open until December 19. Online users can offer their own version or vote in favor of the proposed ones. The name with the biggest number of "likes" will be the winner.

Read alsoProspects for Antonov aviation giantThe development of the aircraft has lasted for at least 3.5 years, the record of a sort in the aviation industry. It took 20 days from the completion of the aircraft until its first flight, the company reports. The An-178 was successfully presented at the International Paris Air Show 2015.