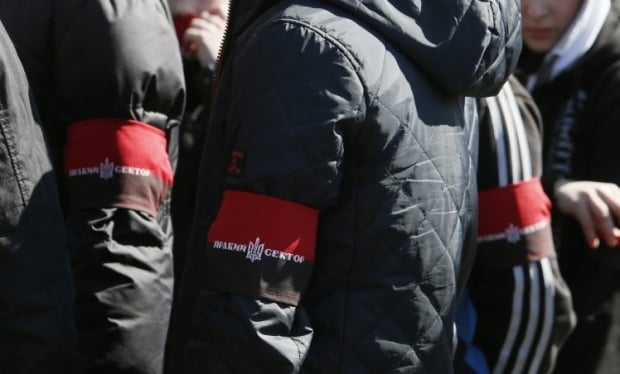 "The operational headquarters of the Right Sector for the blockade has decided that due to the fact that our partners have allowed to transmit electricity and virtually eliminated us from decision-making, we are changing the format of our presence on the border with Crimea. We will no longer take part in the Crimean Maidan, block roads, and be present at checkpoints. We have completed our participation in the blockade of Crimea," said Oleksiy Byk.

However, he added that does not exclude renewing participation in the blockade of the occupied peninsula, "but it requires additional coordination, negotiation, and change to the format of relations within the framework of the blockade," said the spokesman of the Right Sector.

Read alsoRight Sector quits Crimea blockadeOne of the coordinators of the "Civil Blockade" of Crimea Lenur Islyamov has told Krym.Realii that the representative of the Right Sector will continue to be part of the rally’s headquarters.

"The Right Sector leaves the civil checkpoints, which no longer make sense. We are also leaving those checkpoints, because we reformat them. We have no problems with the "Right Sector." We are reformatting the very civil initiative.” said Islyamov.