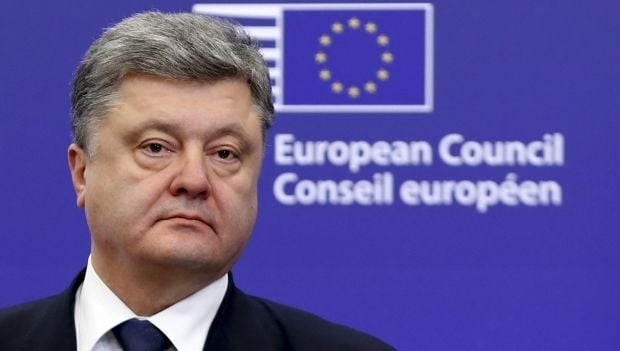 The President informed on his decision to sign the Law on Scientific and Scientific-Technical Activity. He believes the adoption of this law is an example of consolidation in society. At the same time, Poroshenko noted joint responsibility of scientists for the implementation of the Law and assured the attendees of his active participation in that process.

"I count on you. We should use the potential of our future Nobel laureates. We must create laboratories and create conditions for the protection of their intellectual property. We should elaborate legislation," he said.

"We will create new conditions for young scientists, but they will be based on a competitive basis. You will compete for grants," Poroshenko said.

"We should count on ourselves first of all. And this Law opens unique opportunities for true scientists who want to transform Ukraine into a modern European state," he emphasized.

Speaking of interaction between the government and science over the past year, the President noted: "We managed to maximally reduce the distance between scientific development and its practical implementation, particularly in the sphere of national defense and security."

The Head of State called for the elaboration of projects in the sphere of energy efficiency. "We have $200 million for energy efficiency. We are waiting for your projects," he said reminding the results of the Paris Summit on Climate Change. "This is the continuation of Kyoto achievements. This enables us to get the world's funds for the development of energy saving, energy efficiency and environmental protection," Poroshenko said.

The parties discussed the issue of alternative sources of non-budget funding of science, particularly through the fund of fundamental research involving international grants. Also, they discussed the involvement of Ukrainian developers in the European Research Area and the introduction of modern European evaluation of the effectiveness of the research.