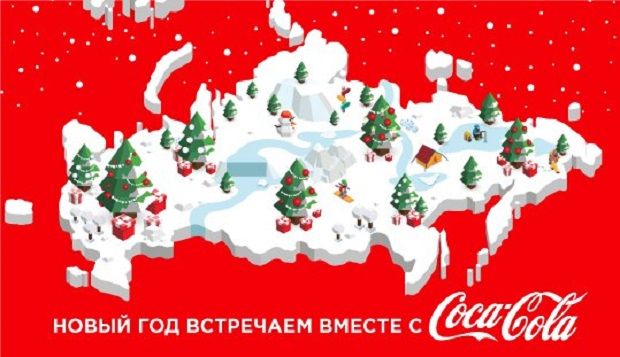 The unpleasant story started unfolding when a New Year posting on Coca-Cola's official Russian-language page on Russia's popular social network VK was published on December 30 along with Russia's map, which did not originally depict Crimea, Kaliningrad oblast and the disputed Kuril Islands.

After a large number of Russian users criticized the image, the company published a new map with Crimea being part of Russia's territory in the early hours of January 5 and apologized to Russians for the mistake. 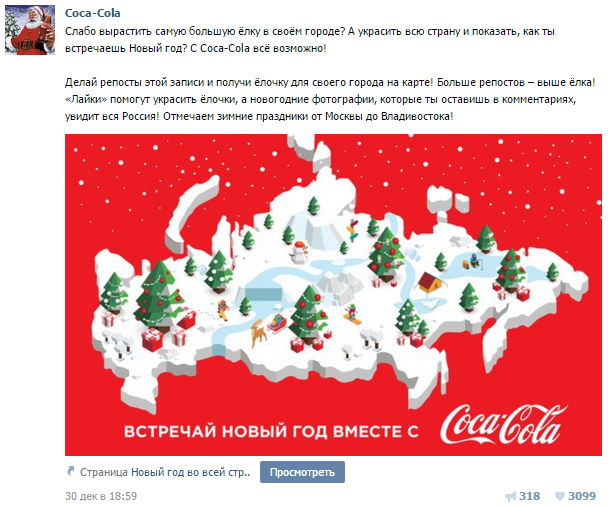 "Dear members of the community! We sincerely apologize for the situation. The map has been fixed! We hope for your understanding," a new posting read. 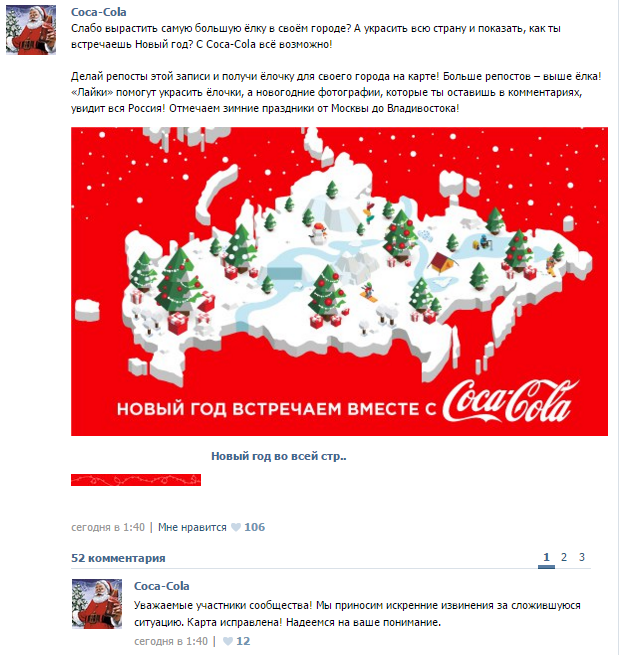 The posting then aroused indignation among Ukrainian users of social networks, many of whom called to boycott Coca-Cola and started using the hashtag #BanCocaCola.

"I suggest citizens of Ukraine <…> stop buying Coca-Cola's products, thus reminding that no country in the world, including Coca-Cola's home country, the United States, acknowledges Crimea to be territory of Russia. The events on the peninsula are called 'occupation' and are the cause behind economic sanctions against Russia," former journalist and incumbent Member of Parliament in Ukraine Mustafa Nayyem wrote on Facebook.

"I myself will stop buying those products and call on all wise citizens, including my friends and subscribers, to do the same," he added.

Some consumers urged to switch to beverages produced by the company's competitors. However, investigative users immediately found images of Russia's maps in PepsiCo's official Russian-language documents where Crimea was depicted as part of Russia. Namely, the schematic map of Pepsi production facilities in Russia showed the annexed Crimean peninsula as part of that country. 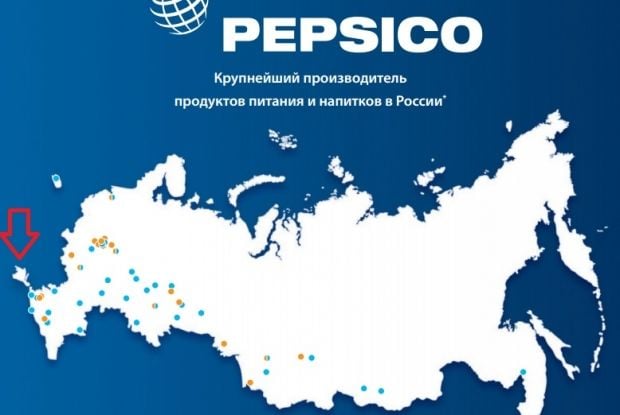 A slide from PepsiCo's Russian-language presentation

"The betrayal and hypocrisy of the brands are omnipresent, and the hashtag #BanCocaCola alone won't be enough [to help] Ukraine. We'll have to stop drinking all that yucky soda once and for all," Hromadske Radio Zaporizhia journalist Max Scherbyna wrote on Facebook.

Once the situation drew the attention of the public and media, all the entries and comments on this topic were deleted from Coca-Cola's page. There have been no official response to the situation from PepsiCo, Inc. yet.

Later the Ukrainian representative office of Coca-Cola apologized for the "misunderstanding" in connection with the publication of Russia's map with Crimea being included as its territory.

"We apologize for the misunderstanding. We do not support any political movements and parties. Our task is to produce high-quality beverages. We are working for the sake of peace and adhere to the rules of international law," Coca-Cola said in a comment sent to the Ukrainian online newspaper Ukrainska Pravda.

"We got in touch with a social media agency hired for the creation, placement and moderation of content for [the company's] official social communities. It was decided to remove the posting, although the image didn't originally claim to be geographically accurate, it was accepted in a different way and caused the debates," the company said.

This was followed by an immediate reaction from Ukraine's Embassy in the United States.

"The Embassy has expressed its concerns to the Coca-Cola company and the U.S. Department of State over the posting in social media by Coca-Cola's Russian office of a map of Russia that included the illegally occupied Crimea," the embassy said in an official statement.

"The Embassy emphasized that Coca-Cola's actions violate the official U.S. position condemning Russia's illegal occupation of Crimea, which is and has always been an integral part of Ukraine, and urged the company to immediately correct the mistake," it said.