Over 800 monuments to Lenin toppled in Ukraine 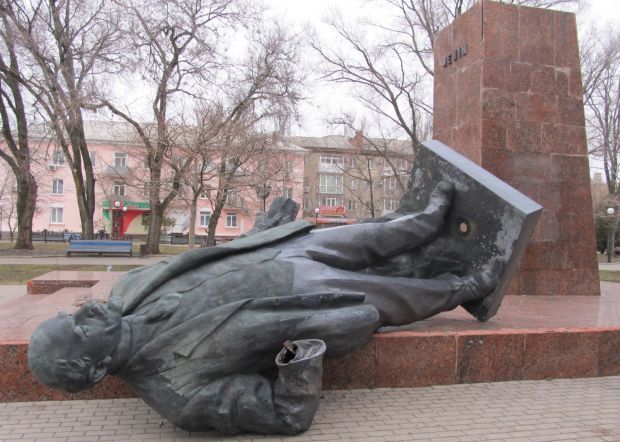 A monument to Vladimir Lenin was toppled in the city of Berdiansk / Photo from bmr.gov.ua/

"More than 800 monuments to Lenin have been dismantled in Ukraine as of now," he told TV Channel 5 on Tuesday, Ukrainian online newspaper Ukrainska Pravda wrote.

"The de-communization law gives us an opportunity to disassemble everything that has some artistic value and store it in museums, otherwise it will become part of the spontaneous de-communization, which is still under way in Ukraine," he said.

According to rough estimates, there are about 1,400 monuments to Lenin left in Ukraine.