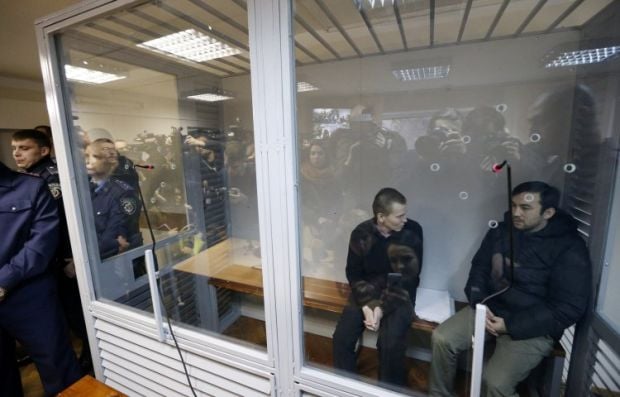 "They were conscious - both Alexandov and Yerofeyev - and they were consciously aware, not in a state of alcohol or narcotic intoxication. They claimed they were [the troops from] the military units of the Armed Forces of the Russian Federation [as they were questioned at the time of their initial detention],” the doctor said in a Holosiyivskiy court today testifying as a witness, according to an UNIAN correspondent.

Read alsoCaptured "Russian soldiers" deny serving in military during court hearingHe also told the court that both GRU officers said their objective was to find out if the Aidar battalion really ceased to protect the Thermal Power Station near Shchastia.

Read alsoUkraine’s Supreme Administrative Court: captured GRU officers not "prisoners of war"Also, both of the detainees named the number of their military unit and its location.