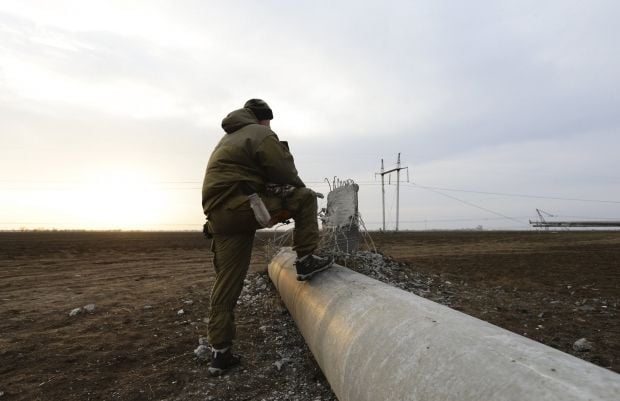 "Together with the activists of non-governmental organizations – organizers of the so-called trade blockade – and representatives of the Crimean Tatar people, the Ukrainian government is working on a common platform for control at the administrative border with the temporarily occupied territory of Crimea. In addition, the parties are cooperating in accordance with the law of Ukraine "On the participation of citizens in the protection of public order and state border," the report says.

Read alsoCrimea blockade activists dismantle checkpoints on border with occupied Crimea - IslyamovAs UNIAN reported earlier, after reformatting the blockade of Crimea, the participants announced their plans to control the actions of the State Border Guard Service and Customs Service of Ukraine on the administrative border with Crimea.

In turn, the State Border Guard Service said that activists would not be able to work with the border guards at the checkpoints, because it is not required by law.