Despite failed swap deal, SBU reports 133 Ukrainian prisoners instead of 139 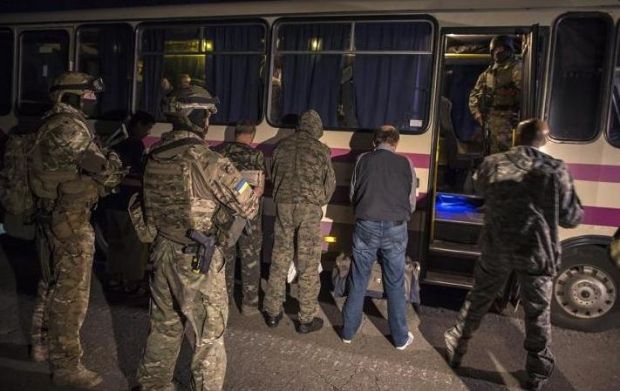 "As of today, we speak about 133 people. We demand the return of all people who are held detained illegally. It's not only about Donetsk and Luhansk, it's also about the territory of the Russian Federation," Tandyt said.

He said that "we have no doubt that the decision to release... our hostages is actually taken in one particular office, the office which is located in Moscow."

"And in fact, they are trying to speak with us from a position of blackmail and changing conditions [of prisoner swap]," Tandyt said.

Read alsoUkraine, Russia discuss new prisoner swap dealAs UNIAN reported earlier, members of the Tripartite Liaison Group on the settlement of the Donbas conflict agreed to exchange 50 prisoners on both sides of the conflict before January 20.

Read alsoGerashchenko: Militants hinder prisoner swapHowever, on January 20, after a meeting of the Tripartite Liaison Group, Darka Olifer, the press secretary of former Ukrainian President Leonid Kuchma, who represents Ukraine in the Group, said that representatives of the militants had disrupted a planned exchange of prisoners.

The release and exchange of prisoners is one of the conditions of the Minsk agreements.