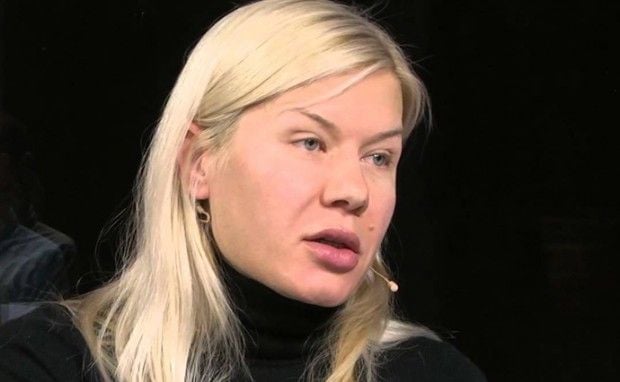 Activists with the Responsible Citizens group reported on social media on January 30 that Cherenkova sent a late-night text message that said simply, "I have been taken by MGB," referring to the separatists' "security ministry," RFE/RL wrote.

She has not been heard from since despite activists spending the entire night trying to learn of her whereabouts. The activists said police told them they do not have Cherenkova.

Since the conflict between Ukraine and Russia-backed separatists began, Cherenkova has been active in securing humanitarian relief for civilians in the Donetsk conflict zone.

Journalist Oliver Carroll posted on his Twitter feed that Cherenkova is "a larger than life character" who has "been at the forefront of [the] humanitarian effort in Donetsk."

She has been "arguably as important as any international [organization]," he added.

Earlier this week, separatist forces detained respected religious-studies professor Ihor Kozlovskiy. His relatives say he was taken from his home in Donetsk on January 28 and has not been heard from since.