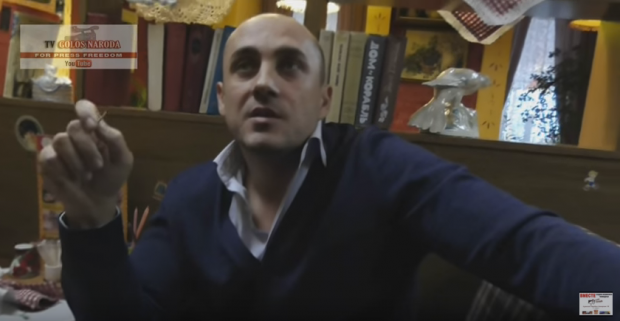 "The Ukrainian Security Service has just arrested Serhiy Korsunsky, who is credibly suspected of being part of the LPR terrorist organization (Article 258-3 of the Criminal Code of Ukraine)," she wrote.

According to Hytlianska, the SBU detained Korsunsky in Poltava region. The man will be handed over to judicial authorities according to protocol.

As reported earlier, Korsunsky was spotted by a coordinator of StopTerror online project Semen Kabakaev who confronted him in one of Kyiv's restaurants.

An activist claimed the man had presented a document issued by the Interior Ministry saying that police does not accuse him of any wrongdoings.