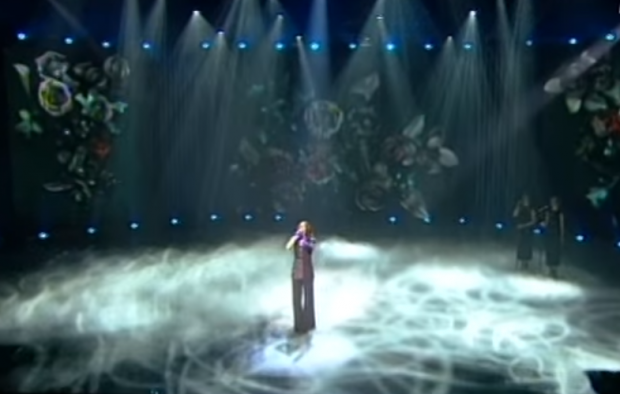 The finalists have been chosen by a combined tele- and jury voting (50/50). The jury panel consisted of three well-known personalities: the producer and composer Konstantin Meladze; the winner of the 2004 Eurovision Song Contest Ruslana; and Andriy Danylko alias Verka Seduchka who finished second in the 2007 Eurovision Song Contest with the entry Dancing Lasha Tumbai, according to the report.

After the long consideration, the jury panel gave Jamala 9 points. Brunettes Shoot Blondes got 8 points. The Hardkiss with 7 points came third in the jury voting. The audience gave the highest number of points to Jamala. The Hardkiss got 8 points, and Brunettes Shoot Blondes 5 points (see the chart below). Thus these three candidates reached the final on the 21st of February.

Jamala is a Ukrainian singer of Crimean Tatar descent. She performs music of her own composition in different genres from jazz, soul, rhythm&blues to pop. Jamala is known to Eurovision fan as a participant in the Ukrainian national final in 2010 where she inspired the audience with her cheerful song Smile. In 2014 Jamala starred in the Ukrainian drama film The Guide that was selected as the Ukrainian entry for the Best Foreign Language Film at the 87th Academy Awards.

Jamala’s song 1944 is inspired by the tragical story of her great-grandmother and many fates of Crimean Tatar families.

The band The Hardkiss got a huge applause from the audience. Konstantin Meladze said that the band The Hardkiss is one of the promising bands in Ukraine. Ruslana called their rock ballad Helpless "fresh and trendy", she was not sure though that the song will do well in Stockholm.