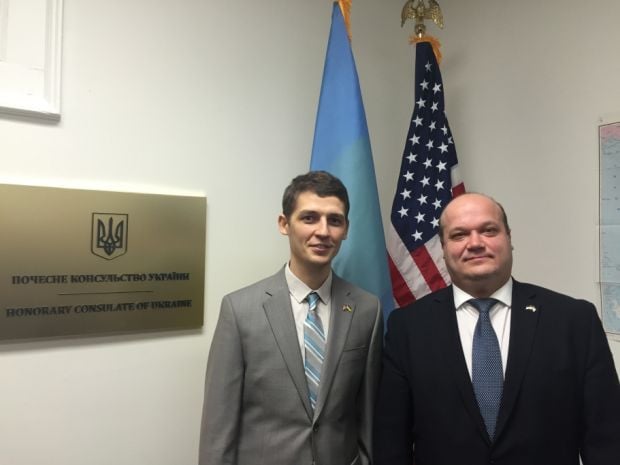 In his opening speech, Chaly underlined that establishment of the Honorary Consulate would become an additional impulse to develop closer ties between Ukraine and the State of Washington. According to the Ambassador, Ukraine and the Evergreen State have a remarkable potential for further cooperation in economy, culture and education.

Chaly highlighted the role of the Ukrainian Diaspora of the State of Washington in support of Ukraine at the time of unprecedented challenges. He also expressed his assurance that the newly inaugurated Honorary Consulate would be a new platform to promote the interests of the Ukrainian people in the States of Washington and Oregon.