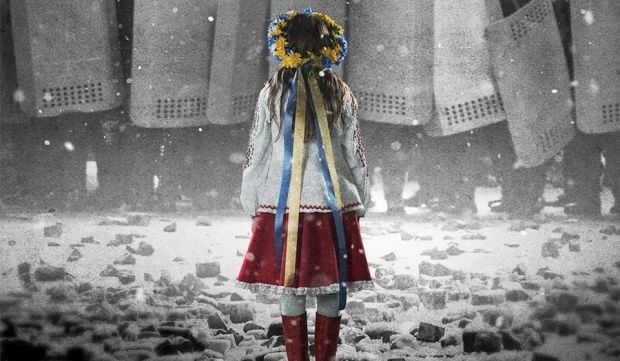 "For me the movie is a little bit something about [interconnected] lives," Mr. Afineevsky told The Washington Times of his documentary.

His aim, he said, was not only to "capture the history of the uprising, but also [the film] can change people's lives,"  The Washington Times journalist Eric Althoff writes in an article titled "Oscar-nominated 'Winter on Fire' shows the Ukrainian struggle for freedom," published on Tuesday, February 9.

"That's one of the elements that's made me want to make movies," Mr. Afineevsky said.

Mr. Afineevsky was born in Russia, raised in Ukraine and has lived in the U.S. for 15 years. His film shows how students throughout Ukraine hit the streets and engaged in mass protests in Kyiv, calling for the resignation of President Viktor Yanukovych. As the peaceful protesters become ever more numerous, the president's forces become ever more onerous in their response, resulting in clashes that turned increasingly violent.

A friend of Mr. Afineevsky's told him to hustle to Ukraine to document the uprising because it was "completely self-organized. Not like politicians organized it, people organized it. It's a people's movement, a youth movement," he said.

Mr. Afineevsky spent months embedded with the protesters in Kyiv and elsewhere throughout the embattled country as "history was happening."

"There are people who stood in cold weather, who stood there despite bullets flying over our shoulders," Mr. Afineevsky said of the protesters.

The filmmaker said his film gives the Ukrainian people a chance to tell their story and have it not filtered through Moscow-controlled media outlets that might distort the tale of what happened during that crucial time.

Mr. Afineevsky hopes that audiences for his film, which is now nominated for the Oscar for best documentary, will come to see the conflict through Ukrainian eyes.

Like all change, this one too will take time.

"For me, the events of those 93 days [engendered] unity that I observed there, united all social castes together," he said. "Right now, it's the second chapter."

"Every wound has different periods of healing," the director said. "They're fighting and they're united in fighting. I wish them success."