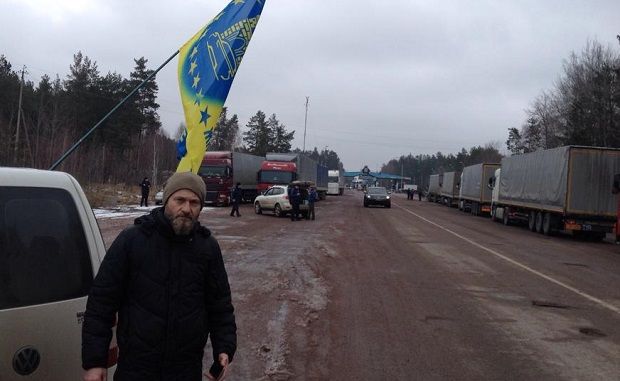 Russian trucks are being blocked in Zhytomyr region / AutoMaidan Zhytomir

The activists wrote on the movement’s profile in a social network: "It's OK! Seven trucks on this side [of the border], five on the other. Nobody is going anywhere," according to the report.

As media reported earlier, the activists on Friday, February 12, notified in writing the Zhytomyr Regional office of the SBU security service and the National Police about the start of an indefinite protest.

As UNIAN reported earlier, on February 11, the activists started blocking the passage of trucks with Russian plates through Zakarpattia, Volyn and Lviv regions. On the night of February 13, more trucks were blocked from continuing their transit route in Zakarpattia region. 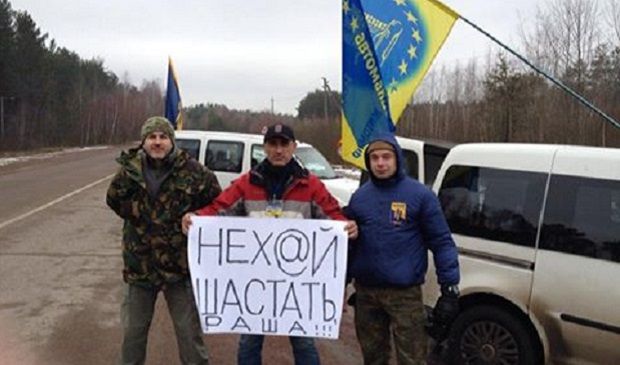 Russian trucks are being blocked in Zhytomyr region / AutoMaidan Zhytomir
If you see a spelling error on our site, select it and press Ctrl+Enter