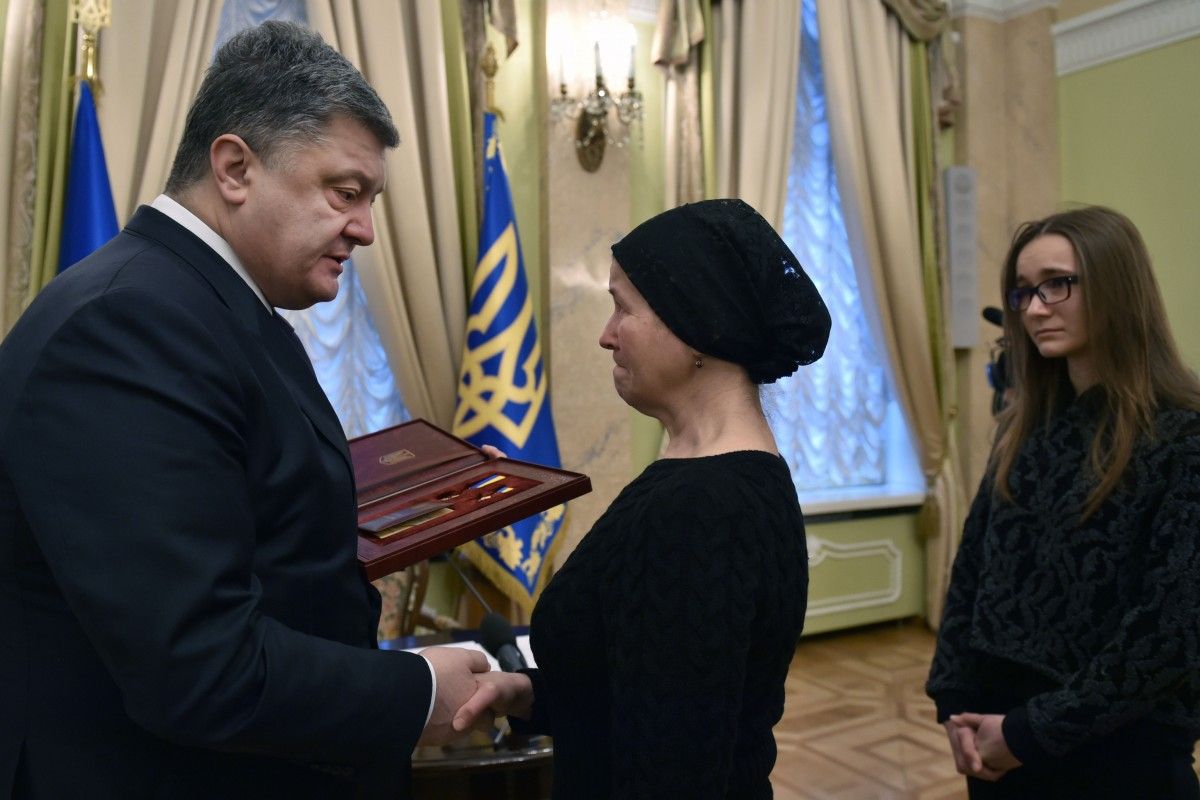 Poroshenko presented the award to widow of the fallen activist Halyna in the course of the meeting with the families of the Heroes of the Heavenly Hundred, the report says.

"Viktor Orlenko was heavily wounded to the head on February 18, 2014 near the House of Trade Unions and stayed in hospital in critical condition for more than a year. On June 3, 2015, Viktor died."

"I would like to repay a debt to one more Hero of the Heavenly Hundred Viktor Orlenko," the President said. The high rank was assigned to the Hero for civil courage, patriotism, heroic defense of principles of democracy and human rights and freedoms, as well as selfless service to the Ukrainian people during the Revolution of Dignity.