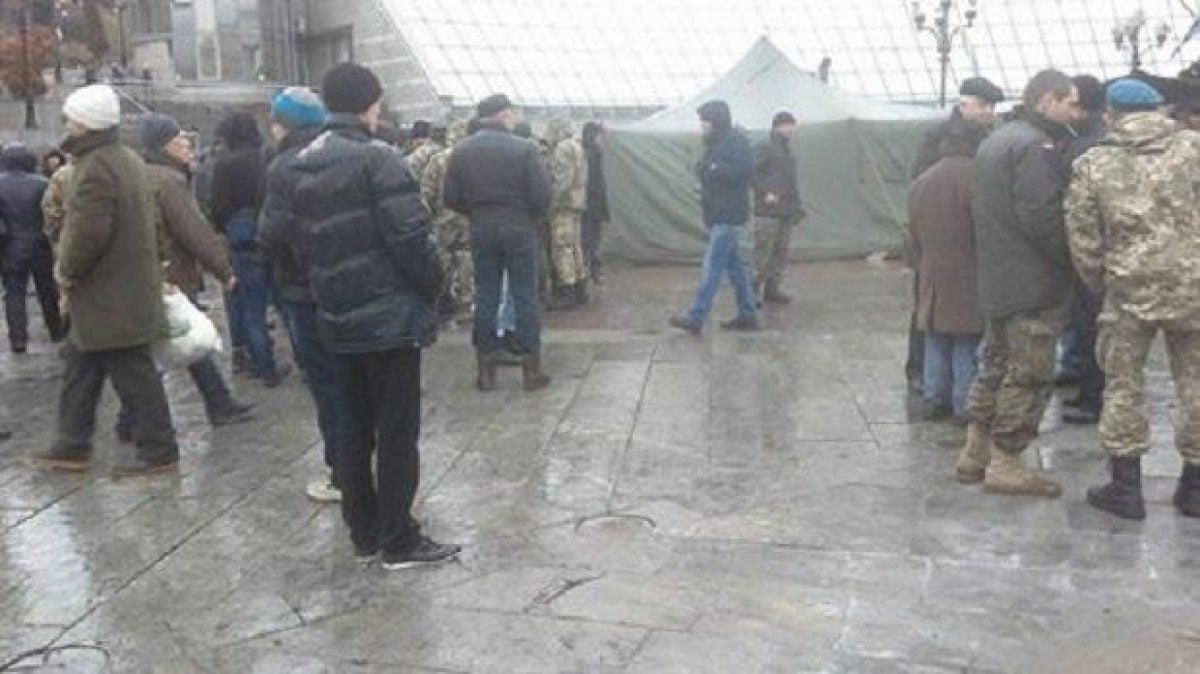 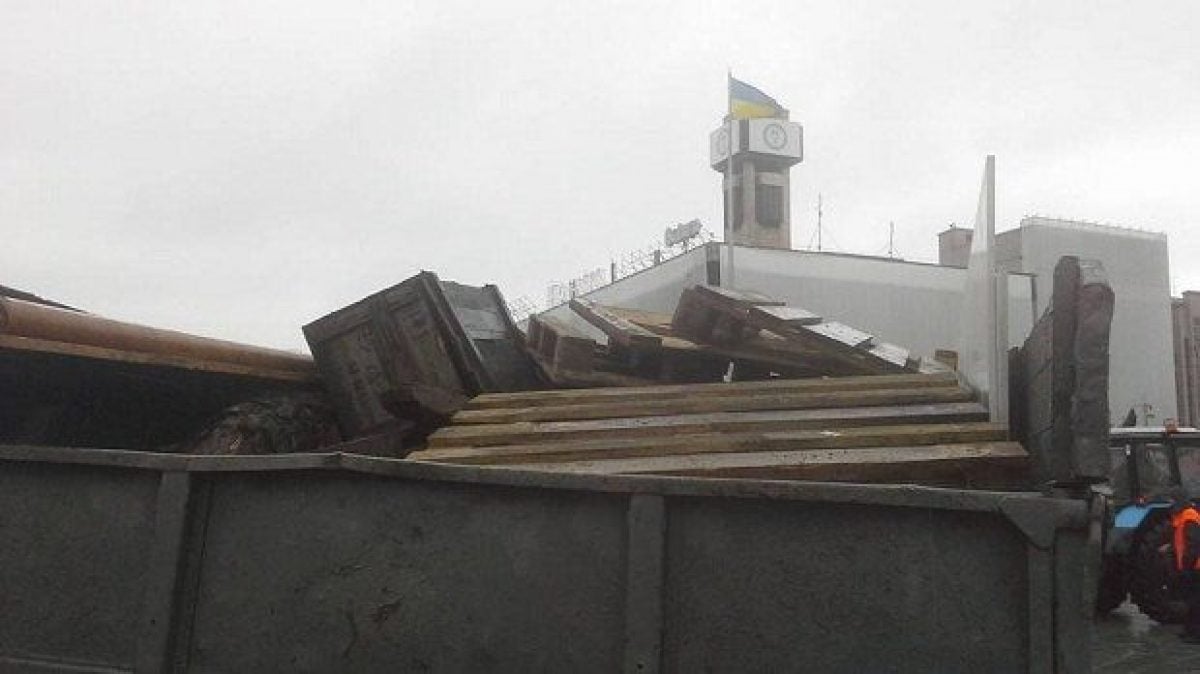 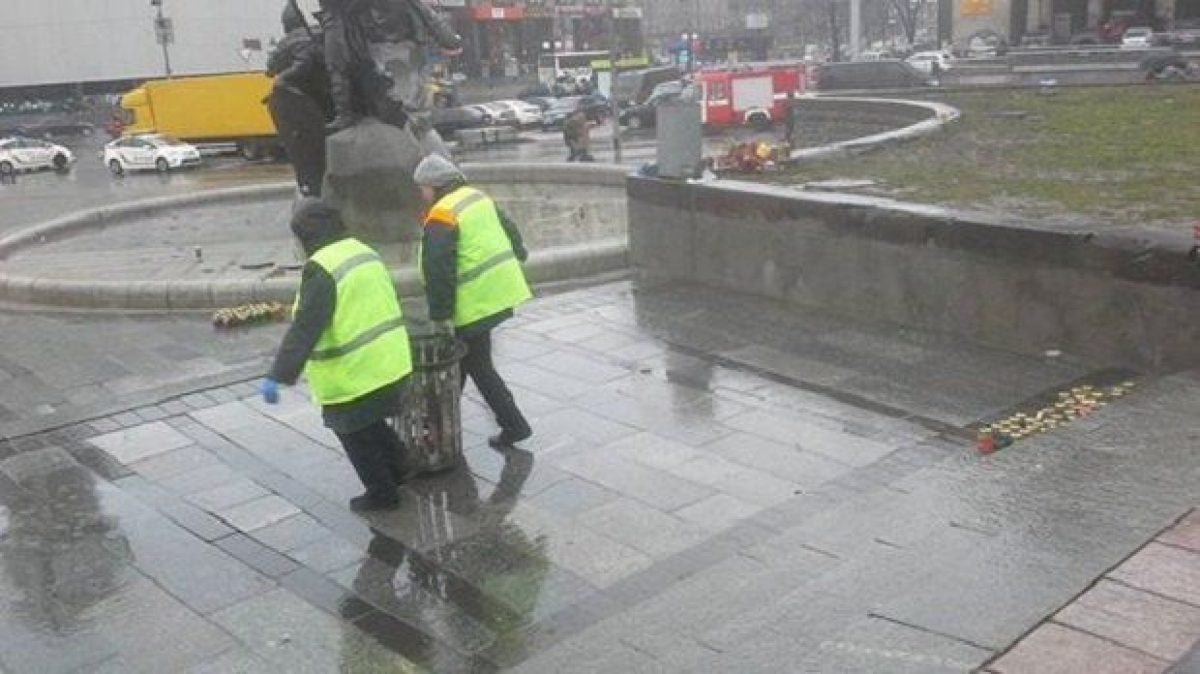 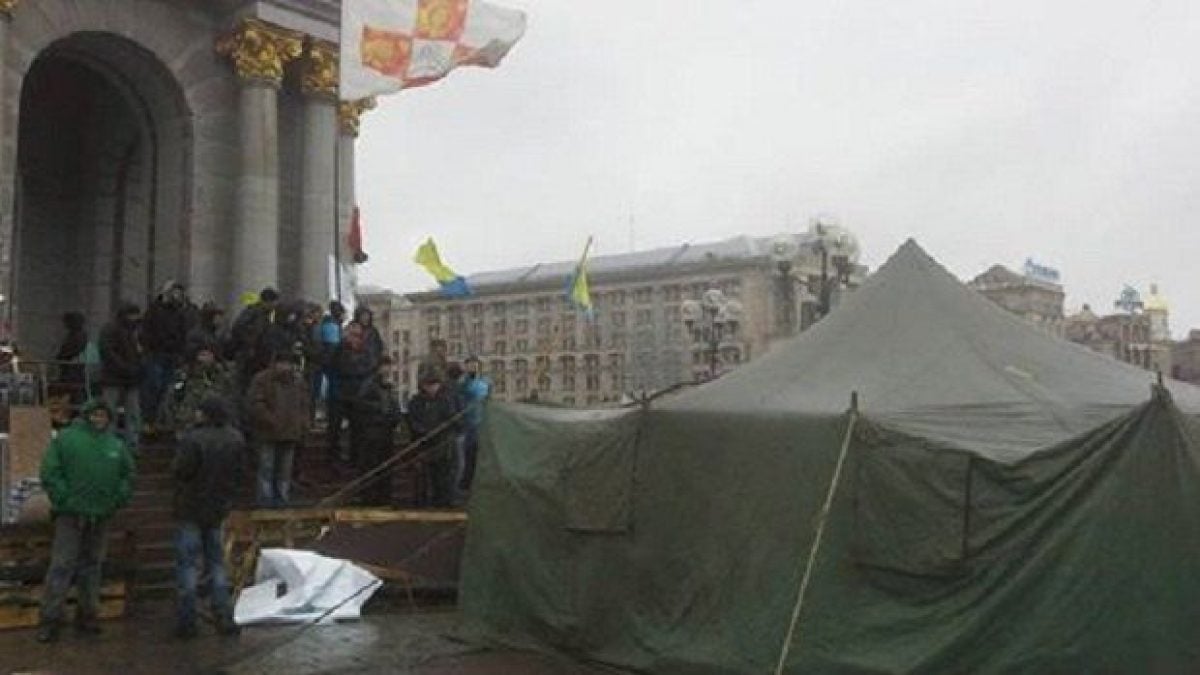 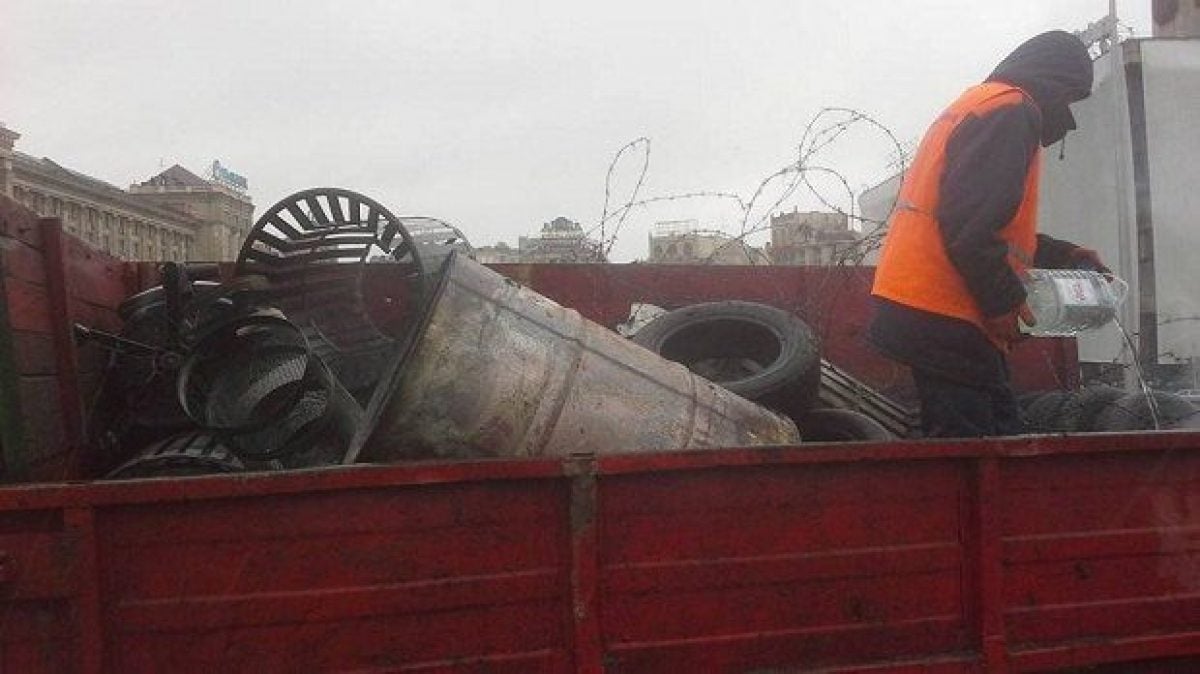 At the moment, the utility services have already dismantled five of the tents, one larger tent, and one smaller one remain.

MP Boryslav Bereza wrote on Facebook that everything is being cleaned and wound up in the center of the capital.

Read alsoSecond anniversary of Maidan massacre: Ukrainians honor memory of Heavenly Hundred Heroes"Kyiv has once again showed that it is the capital of Ukraine, not a place for provocations. The Maidan [popular uprising against the then president Viktor Yanukovych and his regime] was supported by Kyiv residents, and the people rose to its defense. And this "event" with opaque roots gained no confidence among the people, and the square is being cleaned with the support of Kyiv residents. Kyiv can easily tell the truth from the fake," he wrote.

As reported earlier, early Monday there were about 40-50 people on the Maidan square, having pitched a 10-tent camp. Improvised heating points were also set up from empty barrels. At the moment, the barrels have also been removed.