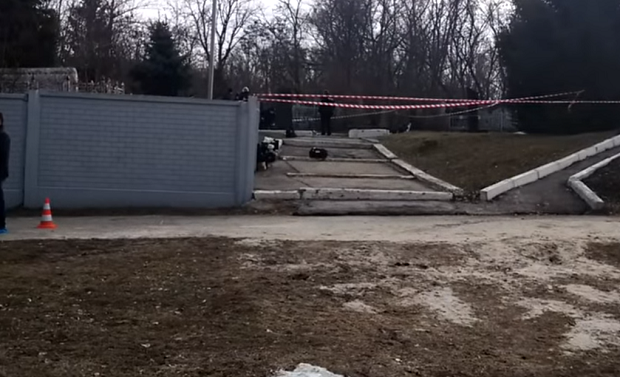 Dement, 52, was reportedly shot to his head while visiting his mother's tomb / Screenshot

"Dement's body is lying on the back, with his hands crossed on his chest and his head directed towards the entrance of the number three municipal cemetery. [The body is] at the left side of his mother's tomb," Kharkiv journalist Rostyslav Kasyanenko wrote on Facebook on Friday.

Dement, 52, was reportedly shot to his head while visiting his mother's tomb.

Local online publication Vostochny Dozor cited own sources that the crime was committed between 09:00 and 10:00 on Friday morning.

The cemetery is located on Academician Pavlov Street, near the Barabashovo market.

There are five police patrol cars and an ambulance on the scene now. The businessman's friends and family members, journalists are now arriving at the cemetery.

The fact of the murder was added to the national register of pre-trial investigations on charges of a crime under Article 115 (intentional homicide) of the Criminal Code of Ukraine. The punishment for the crime is imprisonment for a term from 7 to 15 years.

Footage from the scene of the crime is available on the Koren v Kvadrate YouTube channel.