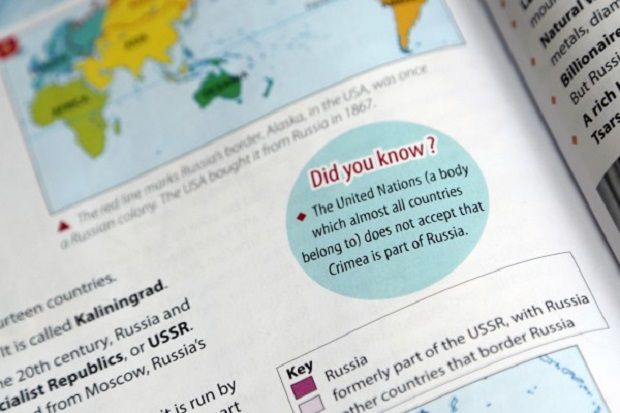 In the section 'Meet Russia', the Crimean peninsula was labelled as Russian territory / Photo from mfa.gov.ua

The new updated Geog.3 schoolbook has been on sale since February 29, the Embassy said.

The book points out that under international law Crimea is part of Ukraine. It says that the United Nations does not accept that Crimea is Russian territory and that the countries including the UK condemned the vote held on the peninsula in 2014 as illegal.

The OUP website notifies that the schoolbook has been updated and all those who have the previously published erroneous version of the schoolbook can now exchange it for a new one free of charge.