A new joint research project carried out by the Levada Center in Moscow and the Kyiv International Institute of Sociology has revealed serious acrimony between Russians and Ukrainians, according to Meduza, a Latvian-based online newspaper covering the former Soviet Union. 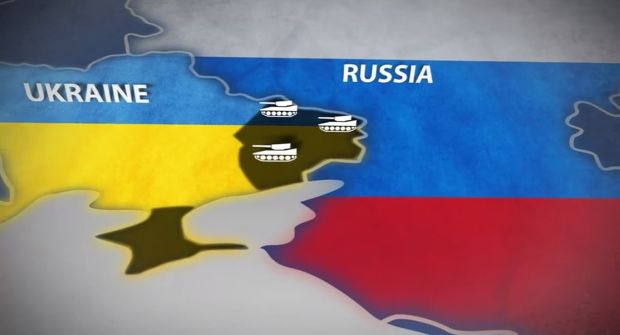 In a recent editorial for the newspaper Vedomosti, columnist Andrei Sinitsyn argues that Russians' attitudes appear to be relatively pliable, influenced heavily by televised propaganda. Ukrainians' animosity for Russia, however, is another thing altogether. Meduza translates Sinitsyn's text here.

Surveys conducted in January and February show that just 36% of people in Ukraine express a positive attitude about Russia. This figure was roughly the same (34%) in September last year. In Russia, positive attitudes about Ukraine are even rarer: just 27% of those polled say they like Ukraine (down from 33% last September). Meanwhile, 47% of Ukrainians say they have a negative attitude about Russia (down from 53% in September), and 59% of Russians say they don't like Ukraine (up from 56% last year). The deterioration of Russians' relationship with Ukraine in recent months is likely tied to the fact that Russian state propaganda blames Kyiv for the compliance failures of the Minsk Accords.

Russians' attitudes about Ukraine depend most of all on propaganda, insofar as the country relies overwhelmingly on television for its news. For Ukrainians, the seizure of part of their territory and the protracted armed conflict in the east are plainly obvious. And for most Ukrainians it's just as clear that Russia is to blame. (63% of Ukrainians say the country is at war with Russia, while 65% of Russians say no such war is taking place.)

The moment Russian propaganda shifts its discourse, we can reasonably expect the Russian people to change their feelings about Ukraine. But what do we do about Ukrainians' hatred of Russia? Alexey Levinson, a sociologist who works at the Levada Center, thinks the relationship at a behavior level will recover after a political settlement to the conflict (though one isn't expected any time soon). Prevailing attitudes, however, will remain hostile for the next two generations, at least. Ukrainians won't soon forgive Russia. For Ukrainians, the ongoing conflict is a national tragedy, and the soured relationship with the Donbas is just one aspect of this catastrophe.

Political analyst Alexey Makarkin agrees: Ukrainians' dislike for Russia will be with us for years to come. With the conflict still smouldering today, Ukrainians continue to fear the resumption of major fighting. Also as a result of the conflict, the pro-Russian segment of Kyiv's political class has disappeared almost entirely, leaving no grounds whatsoever on which to build a minimally positive agenda for negotiations with Moscow.

Today's situation in Ukraine isn't like the one in Georgia after the 2008 war. Even before that conflict, Georgians knew they weren't in control of the disputed territories of Abkhazia and South Ossetia. (And Russia didn't absorb these places after the war, either.) That war was over fast, and the West never imposed any damaging sanctions against Russia. Hatred of Russia was high then, but Moscow and Tbilisi restored political and trade ties fairly quickly. On top of all this, many people in Georgia were unhappy with then President Mikheil Saakashvili, and some held him partly responsible for the war. His exit from Georgian politics made relations with Moscow easier.

In Ukraine, on the other hand, President Petro Poroshenko was elected in the aftermath of losing Crimea and amid an undeclared war in the Donbas. Even the incompetence of the new authorities in Kyiv doesn't have any influence on how Ukrainians feel about Moscow.