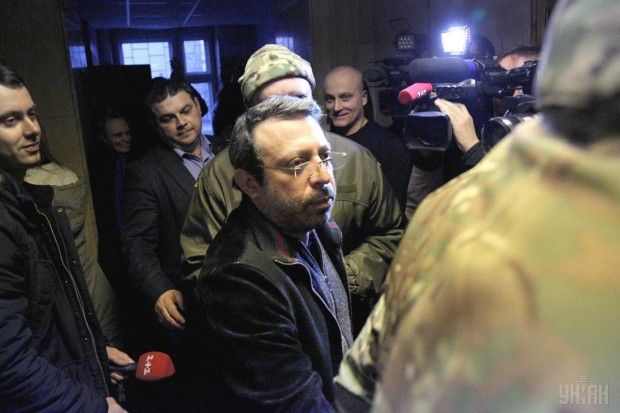 Korban's lawyer Oksana Tomchuk told reporters that, according to the decision of the court, such preventive measure would be valid until April 15.

At the same time, the defendant is obliged to constantly stay at the place of residence without wearing an electronic bracelet.

According to Tomchuk, Korban had to be convoyed to the place of residence in the city of Dnipropetrovsk on Tuesday, March 15.

Read alsoCourt rules to remand UKROP leader Korban in custody for two monthsIt is also reported that the prosecutors are set to appeal the ruling of Kyiv's Dniprovskiy District Court to release UKROP Party leader Hennadiy Korban under house arrest.

As UNIAN reported, Korban was detained by the SBU Security Service of Ukraine. He was charged with several crimes, namely the creation of a criminal group. Korban has refuted all charges.