As thousands gathered in downtown Montreal to take part in one of the city’s biggest parades, a special little boy was gearing up as well. Mykola Nyzhnykovskyi, 11,  and his mother, Alla joined the parade coming all the way from Ukraine, according to Canada's Global News. 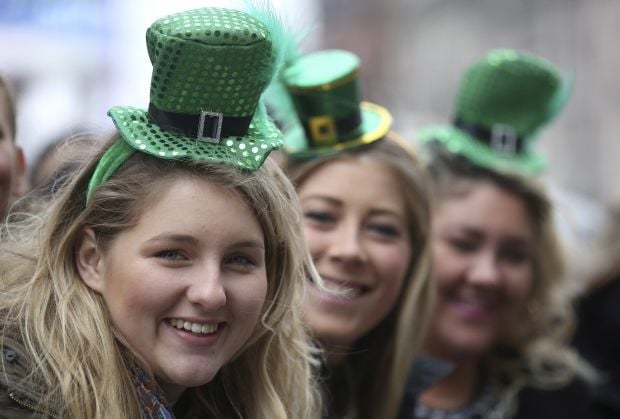 Last August, in eastern Ukraine, where the family is from, Mykola was playing with his friends and found a grenade – he didn’t know it was live, Global News reporter Felicia Parrillo wrote in her article "11-year-old Ukrainian boy featured in Montreal’s St. Patrick’s Day Parade," published on March 20.

While doctors were able to save Mykola’s life, he lost both of his legs and his right arm.

Also lost in the blast, his 4-year-old brother Danyo.

At the time of the accident, the Canada Ukraine Foundation (CUF) was involved in a medical mission in Kyiv and that’s when they met Mykola.

They treated his facial injuries and arranged for further treatment in Canada, and so the Shriners Children’s Hospital in Montreal agreed to cover the costs of assessing and treating Mykola’s prosthetic needs.

Mykola is staying in #Montreal while he receives treatment at the @ShrinersCanada. pic.twitter.com/0Sav2c21P4

With the help of a translator Alla told Global News the doctors at the hospital are wonderful.

"They really are amazing," she said. "He underwent some operations and the treatments are just amazing."

The CUF is covering the cost of Mykola’s stay in Montreal, but they also want to ensure that Mykola can return to Canada every few years for further treatment.

So they’ve set up a website to help fund the family.

His mother choked up when speaking about the generosity of complete strangers.

"It’s amazing how these people we’ve never met are donating and helping so much," she said.

The Montreal Ukrainian Festival invited him and his mother to ride in their main car, during the parade.

"It dawned on us, it would be a good idea to ask him to be a part of something very Montreal, the St. Patrick's Day parade," said Gregory Bedik, the Montreal Ukrainian Festival President.

Although Mykola still faces a long road to recovery, on Sunday afternoon, he was just enjoying the ride.

The Montreal Ukrainian Festival invited him and his mother to ride in their main car during the #StPatricksDayParadepic.twitter.com/KYUVRhQTPJ