Holosiivskyi District Court in Kyiv ruled Monday to extend until May 19 the term of holding in custody of two Russian military intelligence officers Yevgeny Yerofeyev and Aleksandr Aleksandrov, according to an UNIAN correspondent. 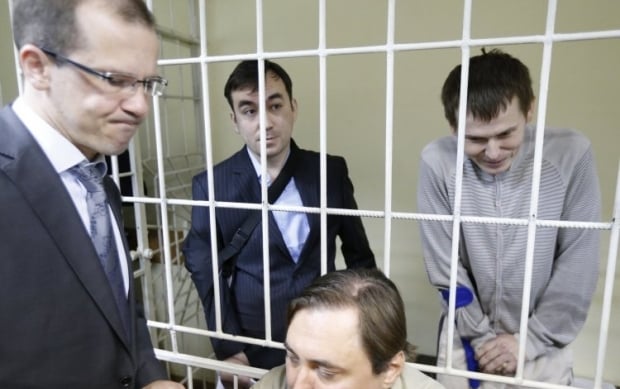 The next hearing in the case of Aleksandrov and Yerofeyev will start at 10:00 on April 5 / Photo from UNIAN

Thus, the court overruled the motion of defense team to change them a measure of restraint to house arrest.

The court also allowed a new lawyer of Aleksandr Aleksandrov, Valentyn Rybin to study the case until April 5, while the lawyer had initially requested a three-week term (until April 11).

The next hearing in the case of Aleksandrov and Yerofeyev will start at 10:00 on April 5.

In addition, the court allowed both defendants to correspond with their families, advocates, and the Russian consulate.

On August 26, Chief Military Prosecutor of Ukraine Anatoliy Matios said that an investigation into the case of Aleksandrov and Yerofeyev captured by Ukrainian troops in the Donbas conflict zone on May 16 was over. The Russian military are charged with waging aggressive war, creating a terrorist organization and committing acts of terror.