Ukraine could receive about $ 3 billion from the extraction of amber annually had the illegal extraction not prospered in the Ukrainian Polissya area. 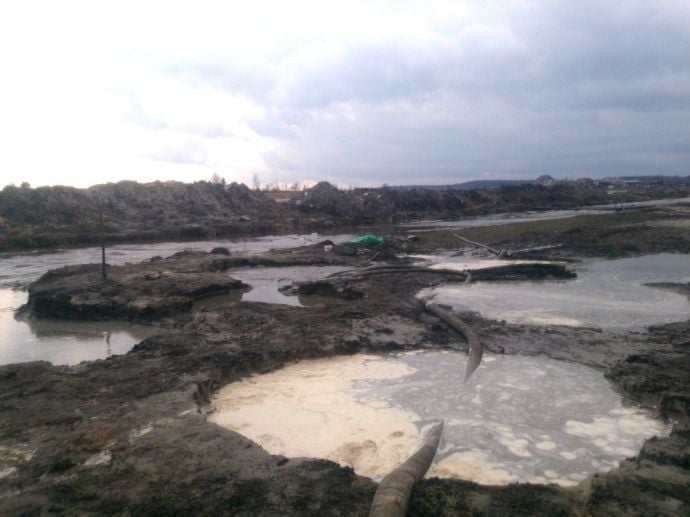 Rich on amber deposits, the territories of Ukrainian Polissya have become a "Western Ukrainian Klondike," with a variety of business and political circles struggling for control over the area, that’s according to the investigative reporting by Ukrainska Pravda online newspaper.

According to the experts from the Institute of Geological Sciences – Ukraine enjoys the world’s second largest amber deposits, with 15,000 tonnes of projected resources and 300 tonnes of industrial reserves of amber. If converted into cash, government’s annual revenue would amount to $3 billion.

At the last round table in Kyiv dedicated to the amber issue, Deputy Minister of Ecology and Natural Resources Svitlana Kolomiets spoke of the scale of the areas affected by extraction: 220 hectares in Zhytomyr region, 4 hectares in Volyn region, and 1,691 hectares in Rivne region. Today, these numbers have grown considerably, as they change every day. 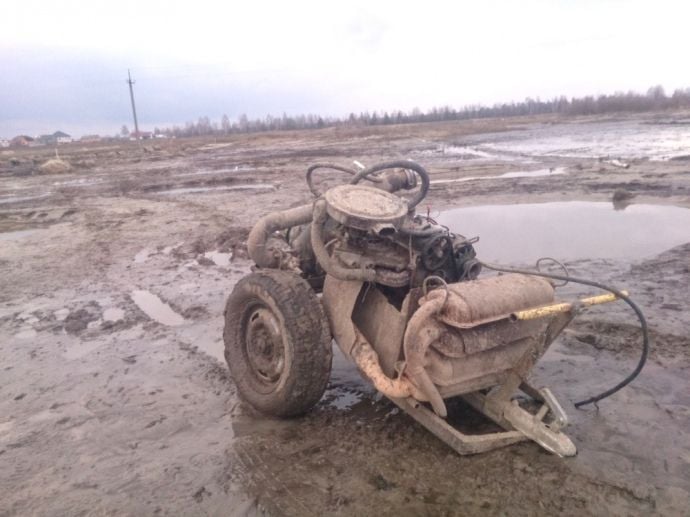 The authors of the inquiry noted that most of the sites, as well as the pumps, are controlled by Lviv, Kyiv, or local "entrepreneurs," while another part is owned by the security officials and people’s deputies.

Elaborating on the scheme, the reporters say that the “entrepreneurs” hire locals, paying them UAH 700 - 1000 per shift (an average of 10-14 hours), and the "salary" often depends on the "catch." Sometimes, the miners wash nearly $30,000 worth of amber per night shift.

Even without professional geological exploration, the locals have learned to identify the rock and soil color, where amber is most common.

Read alsoActivists show shocking images from sites of illegal amber extractionThe rocks are then sorted by the locals, who try not to let the product rest in storage for long, as some law enforcement raids resulted in significant losses. Therefore, the local buyers try to resell amber as quick as possible.

Amber processing facilities are often put on the spot. There are also such facilities in Kyiv, Sarny, and Rivne.

According to the publication, the main amber smuggling channels run via Odessa, Lviv, and Kyiv. The neighboring Poland gets amber smuggled in from Volyn region.

The greatest demand for amber is now in the UAE, Saudi Arabia, and China, where the big buyers come from, who are interested in a particular type of stone. Also last year, the SBU Security Service arrested a buyer from among representatives of a church.

The article also contains a video that the reporters managed to obtain in the process of their inquiry allegedly depicting a top-level “cover-up” for the Amber mafia.

In a video clip, a man resembling former head of the Rivne regional office of the SBU and head of its anti-corruption unit, Oleh Nazaruk. On camera, he tells about the "system" and prices for beginners who want to join the illegal amber business.

Read alsoIllegal amber miners threaten to block highway to Warsaw in Volyn region, 17 arrestedIn December last year, the SBU investigators raided Nazaruk’s house. His father in law is the ex-Governor of Rivne region, while his other crony headed the local anti-organized crime police unit, also being Acting head of the regional police department.

Now, it is reported that a 16-volume criminal case has been kept for several months at the Prosecutor General’s Office, which refuses to forward the case to the National Anti-Corruption Bureau, according to the chief of the NABU, Mr.Sytnik.

According to information from sources in law enforcement agencies, the amount of wages the SBU official and his entourage, who provided a cover-up for the illegal amber extraction, reached nearly $75,000 a month.