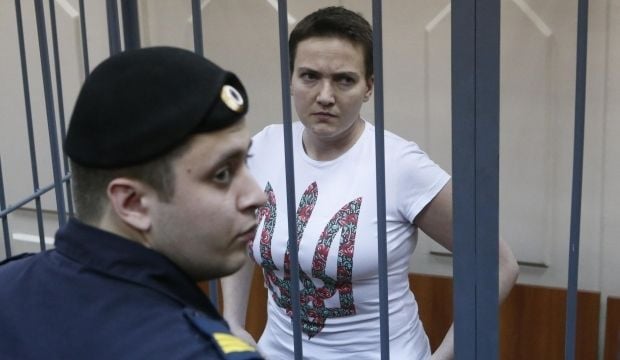 In addition, the Russian court fined up Savchenko to RUB 30,000 for illegally crossing the Russian border.

In particular, the court sentenced Savchenko to 18 years in prison for the murder of the Russian journalists, another 10 years in prison are envisaged for attempted murder. The final term of the punishment after partial addition of the sentences is 22 years' imprisonment. The punishment is considered to have started when she was arrested on June 30, 2014.

Judge Leonid Stepanenko on March 22 rejected the position of the defense that Savchenko had been illegally kidnapped in Ukraine and brought to Russia against her will. The court upheld the state's contention that Savchenko had illegally entered Russia of her own accord, Radio Liberty reported.

At one point, the reading of the verdict in the town of Donetsk in Russia's Rostov Oblast was briefly suspended and the courtroom cleared. Attendees were compelled to go through security checks a second time before the judge continued.

Prosecutors asked the court to sentence her to 23 years in prison.