The State Border Guard Service of Ukraine on Wednesday reported on its website on a violation of the Ukrainian mainland's airspace by a Russian Mi8 military helicopter from the territory of the temporarily occupied Crimean peninsula. 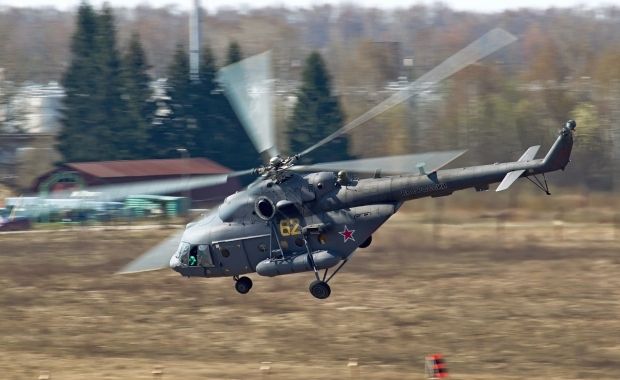 Russian military transport and attack helicopter Mi8 AMTSh (registration number 068) was spotted by border guards flying at an altitude between 1,000 and 200 meters at 12:08 March 23 from the direction of the Gulf of Siwash, according to the press service.

Read alsoRussian troops in Crimea show off near administrative border with Ukraine – border guardsAccording to the border guards, at 12:09 the helicopter crossed the Arabat Spit over a gas distribution station, at 12:10 making a turn to the south over the Ukrainian gas production platform Strelkova- 5 in the Sea of Azov, and at 12:12 crossing the de-facto administrative border of the Kherson region in the direction of the temporarily occupied territory of Crimea.

Read alsoOfficial explains why Crimea-Russia bridge stillborn project"The State Border Service has acted in accordance with its functions and provided timely report to competent authorities of Ukraine," reads the statement.