Ukrainian President Petro Poroshenko has emphasized that the Ukrainian people and authorities highly appreciated contribution of the National Guard to the national security, the president's press service reports. 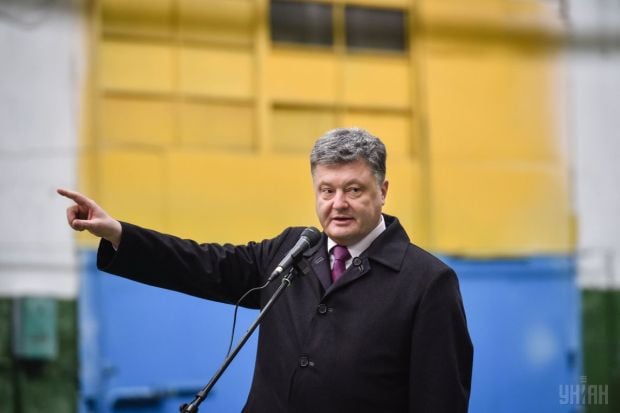 "Not only Ukrainians and our friends, but also enemies recognized your courage and heroism. No wonder that the enemy's propaganda scares our opponents with the National Guard," Poroshenko said at the festivities on the occasion of the second anniversary of the National Guard, the report reads.

The President emphasized that the National Guard were not only warriors who defend the independence of Ukraine at the external frontiers. "The National Guard is a security unit with special functions, because hybrid war unleashed against Ukraine provides for not only offensive actions. Hybrid war provides for not only propaganda aimed at inciting discord and frustration inside Ukraine. There is another treacherous element of this war – destabilization inside the country," he said.

The evidence of high social appreciation of the National Guard is the support of Ukrainians after the tragedy of August 31, 2015 near the Parliament. "Ukrainian heroes sacrificed their lives for peace in Kyiv. They stopped provocateurs who wanted to incite war inside Ukraine. Previously, security units didn't have such a powerful social support. But when I was passing by the Parliament, I was deeply touched by Ukrainian women, men and children who brought flowers to that place," Poroshenko said.

"It is a symbol of respect and trust. You fully deserve it," the Head of State noted adding that the people of Ukraine rely on the National Guard.

According to Poroshenko, the National Guard justifies this trust, for it has become a well-armed, flexible, mobile and battleworthy formation.