The residents of the occupied city of Kerch are ready to resettle for the sake of the construction of the Kerch Bridge, but only in the "quality and equivalent apartments." In case if they fail to reach agreement with the occupation authorities, the residents intend to complain to Moscow, one of the affected locals said in an interview with the Krym.Realii radio station. 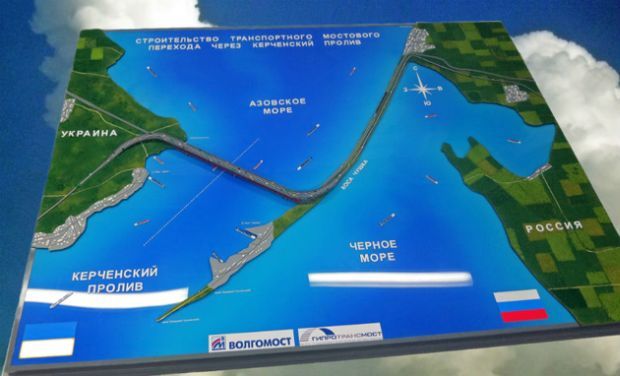 "We hope for the best. We will complain if they hurt us, we will apply to the Secretariat...  in Moscow," she said.

The residents in the area where the authorities are planning to demolish houses for the construction of the Kerch Bridge are worried that they will not be provided with the alternative conditions. The citizens say about "negative communication experience with the local authorities."

Read alsoOfficial explains why Crimea-Russia bridge stillborn projectAs UNIAN reported earlier, on October 8 2014, Russian President Vladimir Putin said that before the end of 2018, Russia must build "another complex bridge crossing – the crossing over the Kerch Strait."

On September 5 2014, Russian Transport Minister Maksim Sokolov said that Russia plans to build a bridge in the occupied Crimea through the Kerch Strait before December 16, 2018.