Saboteurs detained at Ukraine Air Force base in Chernihiv region

The unidentified perpetrators attempted to penetrate a military base of the Ukrainian Air Force in Chernihiv region, according to the Defense Ministry's press service. 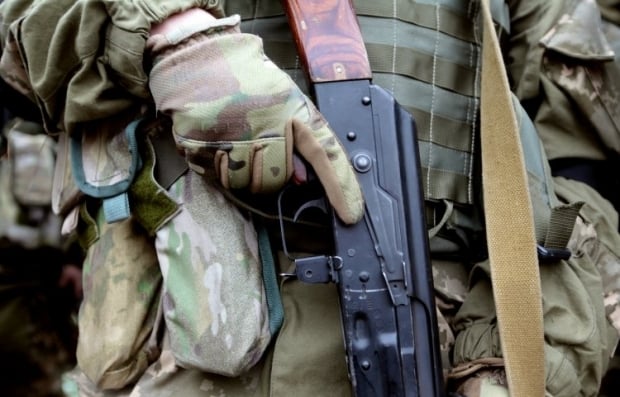 It is reported that a base commander noticed violators trying to come around the guard post and approach the technical area.

Read alsoDefense Minister warns of growing threat of terrorist attacks on military facilitiesA short while later, Ukrainian soldiers have detained another two individuals while examining approaches to the technical area of the base. During the search of the detainees, military communications equipment, field optical devices and a map of the area were discovered.

Read alsoUkrainian media reveals identity of sabotage group's leader killed in Kyiv raid"Those individuals were immediately delivered to the headquarters to establish circumstances of their penetration of the base near the technical area, later being handed over to law enforcement authorities," a statement reads.

The press service notes that skillful and resolute actions of soldiers of the military base helped prevent recon and sabotage activities of the group of saboteurs.