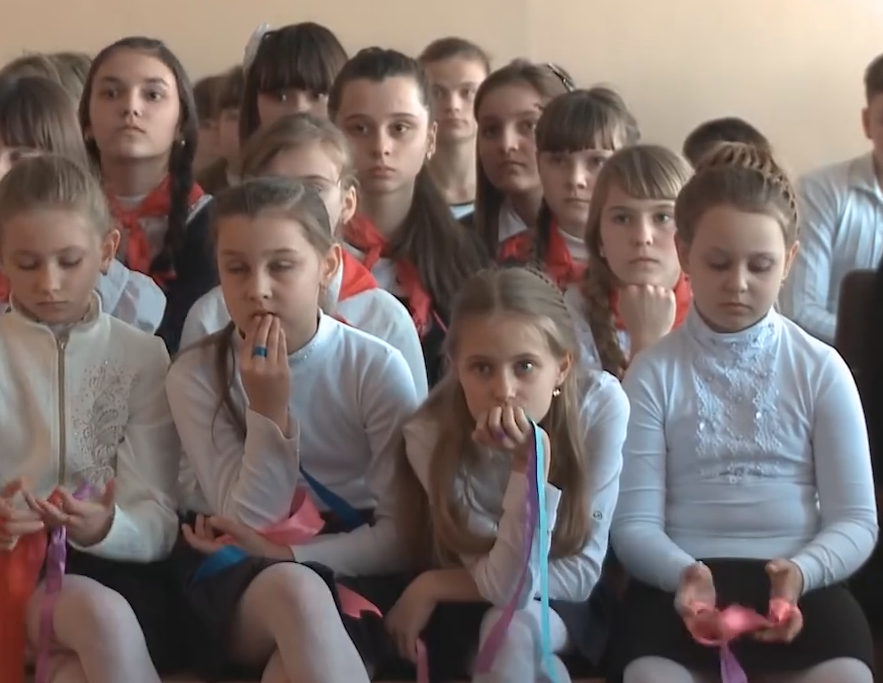 Footage of one of such propaganda "lessons" was released by the DPR's "Information Ministry."

Read alsoRFE/RL: Ukrainian separatists launch magazine for kidsSchoolchildren are told fake stories about the struggle of Donbas for its statehood. Teachers explain the origin of the "DPR flag." Another topic covered by the video is the "heroic deeds" by DPR leaders, displaying their "rewards" and "medals."

The footage also shows one of such illustrative "lessons" in Yenakiieve: children are listening to the so-called "militant anthem" in the school hall. The meeting is dedicated to the "Day of Liberation of Debaltseve."

Read alsoChildren in occupied Donbas used in Kremlin propagandaThe so-called Debaltseve battles lasted from the end of July 2014 to the middle of February 2015, when the Ukrainian army had to retreat from the town of Debaltseve, which was later occupied by the combined Russian-separatist forces.

DPR teachers themselves admit that the lessons contain "political information" that allows to communicate "reports on the political and economic situation in the DPR" "in the way they need."