Police report that a dispute concerning a road accident involving a car belonging to a victim's relative was the cause behind an armed attack on an employee of Odesa's TV Channel 7 on May 3. 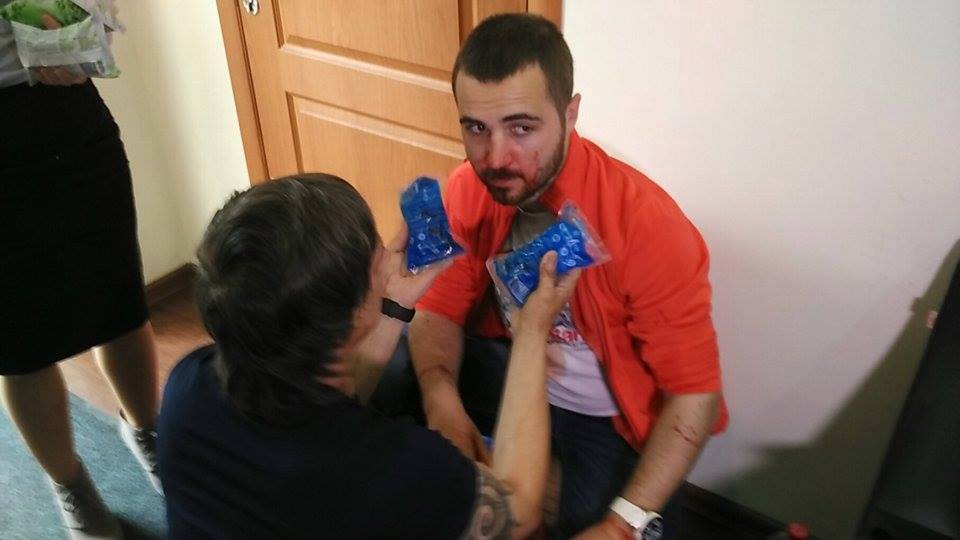 An Odesa TV channel employee was injured in an attack on May 3 / Photo from facebook.com/7channel.odessa

The police established that driving backward, a Nissan Sunny hit a Honda car at 12:37 local time on the day of the attack in the center of Odesa, and left the scene, the media liaison office of the National Police's main department in Odesa region told UNIAN.

After the accident, the driver of the Honda decided to find the owner of the Nissan.

He managed to find personal details of the Nissan's driver, having established that the car belongs to a resident of the town of Artsyz in Odesa region. The Honda's owner called an acquaintance from that town and found out that the man knew a person with the needed name, and asked his acquaintance to arrange a meeting, which was done.

"The meeting was scheduled at the TV channel's office building. However, it turned out later, that it was not the owner of the Nissan, but his stepbrother with the identical name. The latter works for the TV channel and had nothing to do with the accident," the police said.

When the driver of the Honda and two passengers arrived at the agreed place, they came up to the TV journalist and two cameramen, who had been waiting for them. They got into a fight during which three shots were made: two from a pump shotgun with rubber bullets and one from a gas gun. Those who arrived in the Honda car managed to flee.

Read alsoArmed attack on Odesa journos: all details of accident (photos, video)The police preliminarily identified the Honda car man who fired from the shotgun. The gas gun was used by the TV channel's employee. Both guns were licensed and their documents bear the names of their owners. "Investigators will have to establish who of the participants in the fight was first to shoot," the police told UNIAN.

As a result of the incident, the three TV channel workers were injured and brought to hospital. One 9mm shell, one 12mm plastic shell, three spherical rubber bullets and other evidence in the case were found at the scene of the incident.

The owner of the Honda car was identified by the police and the victim. It is a resident of the town of Bilhorod-Dnistrovsky in Odesa region.

Possible accomplices have also been identified. "The investigation is under way, measures are being taken to detain the attacker, who is wanted by the police," the source said.