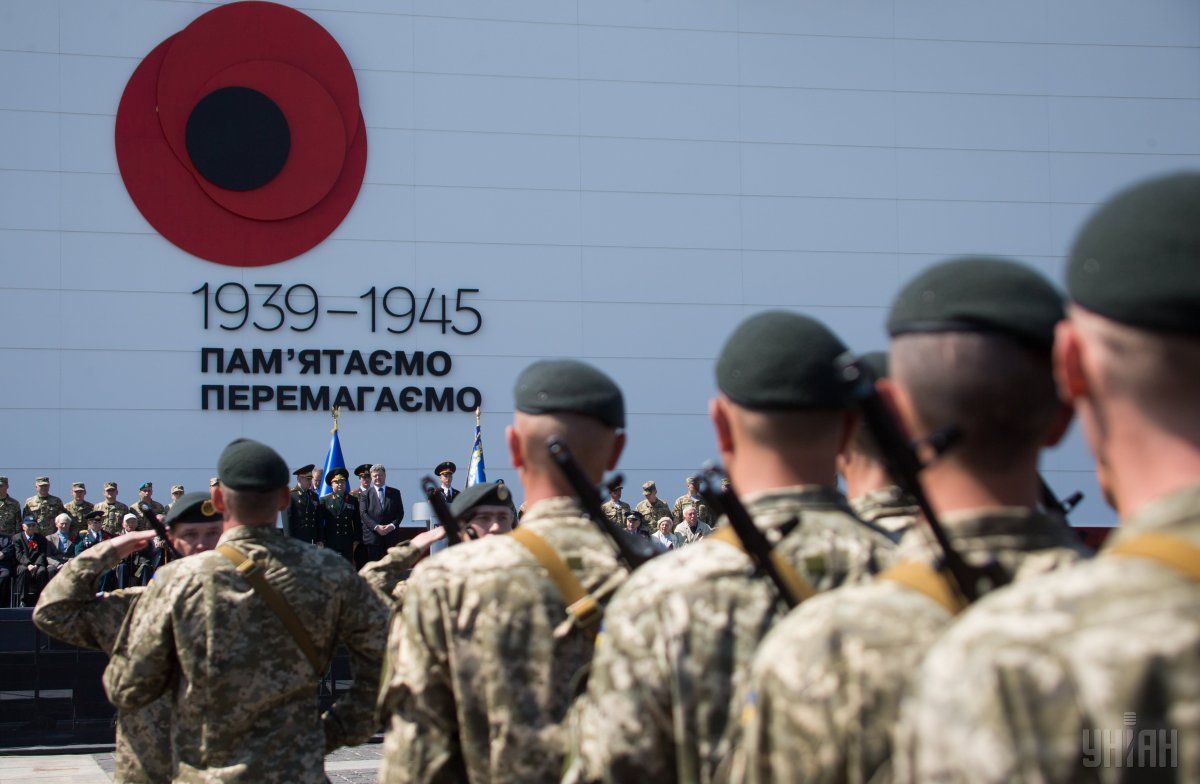 The memorable date was established by the Verkhovna Rada of Ukraine on April 9, 2015, with the law On perpetuation of the victory over Nazism in the World War II of 1939-1945 voted for within the package of decommunisation laws.

Read alsoMurderous war in Donbas unleashed by Russia "imperial psychosis and bloody hands" – Poroshenko At the same time, according to head of the Ukrainian Institute of National Memory Volodymyr Vyatrovich,  the use of Soviet symbols is now restricted in ceremonies honoring the memory of those who perished in World War II.

Instead, the official symbol of the celebration of the victory over Nazism in World War II, just as on the Day of Remembrance and Reconciliation, is a red poppy - common around the world on remembrance days of WWII. Ukraine used its own styling, developed by Kharkiv designer Serhiy Mishakin. The slogan of both days is "1939-1945. Remembering. Winning."

Read alsoUkraine celebrates Day of Remembrance and ReconciliationLast year, the law had not yet come into force before May 9, but Ukraine celebrated the holiday at an official level in a format different from the format of the "Victory Day" anyway. On this day, the wreath-laying ceremony was held of to the monument to the unknown soldiers of the Red Army, while Kyiv hosted a peace march with the participation of military brass bands from Ukraine, Estonia, Lithuania, Poland, and Serbia. The event was preceded with the oath of allegiance by young cadets in the presence of Ukrainian President Petro Poroshenko. At the same time there was no traditional military parade in the center of the Ukrainian capital.

Thus, the new holiday is officially celebrated for the first time in Ukraine in 2016.

May 9 celebrations are scheduled to begin in Kyiv at 09:00 with a wreath-laying ceremony at the Tomb of the Unknown Soldier on the Hill of Glory with the participation of the president of Ukraine.

At 09:15, a "Remembering - Winning" ceremony will start, with a solemn march of military brass bands of the Armed Forces of Ukraine, the General Staff, the Ministry of Internal Affairs, Border Guard Service, and the Navy, launching from the Square of Glory to the Maidan Nezalezhnosti Square.

From 19:00 to 21:00, the main square of the capital will host a concert of the National Academic Brass Orchestra with the participation of opera stars.

In addition, master classes and flash mobs will be held across Kyiv throughout the day.