Seven people, including three children, were killed in a traffic accident in Crimea on July 31.

According to the Crimea Traffic Police Directorate press-service, the traffic accident happened in the morning of July 31, at the 628 km of Kharkiv-Symferopol-Alushta-Yalta highway. 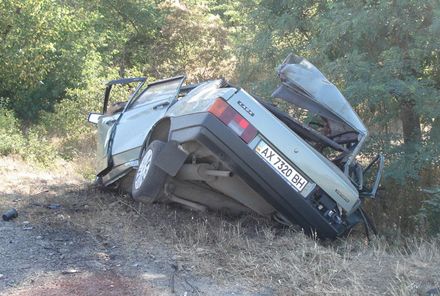 The accident took place when a small four-seat car with seven people left its lane and collided with a lorry travelling in the opposite direction.

The heavy freight vehicle tore off the left side and roof of the smaller Soviet-era VAZ passenger car, which ended in a ditch. All the seven people, members of two families, who were in the passenger car, died.

“By one of versions, the VAZ driver fell asleep when driving”, traffic police says.