Jamala to compete in Grand Final of Eurovision 2016 song contest

Ukrainian singer Jamala has become one of the finalists of the Eurovision 2016 song contest. 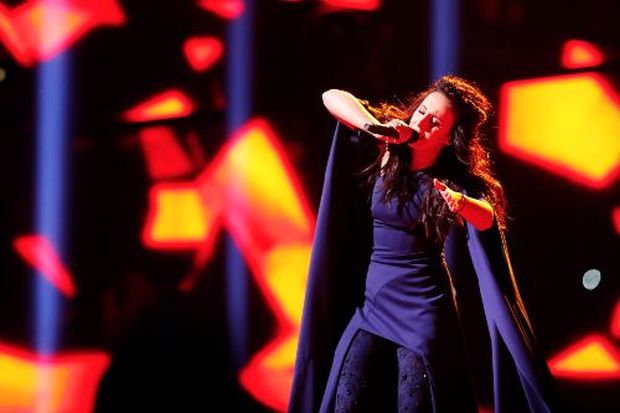 Ukrainian singer of Crimean Tatar descent Jamala, who presented her entry "1944" on Thursday night, has become the fifth of the 10 finalists after the second semi-final round of the Eurovision 2016 song contest in Stockholm, Sweden.

Nine other contestants who became the finalists on May 12 are those from Latvia, Georgia, Bulgaria, Australia, Serbia, Poland, Israel, Lithuania, and Belgium.

The following countries became the finalists after the first semi-final round on May 10: Armenia, Austria, Azerbaijan, Croatia, Cyprus, the Czech Republic, France, Germany, Hungary, Italy, Malta, Russia, Spain, Sweden, the Netherlands, and the United Kingdom.

Read alsoEuropean Broadcasting Union: Jamala's song has no political speechAccording to the most recent bookies' bets, Jamala is one of the main contenders for victory at Eurovision this year. She can win the second place after the bookmakers' favorite from Russia Sergey Lazarev. The top five also includes Amir Haddad from France, Frans from Sweden, and Dami Im from Australia.

The Grand Final is scheduled for Saturday, May 14.

She started her music career in 2005. Jamala became known after her participation at The New Wave 2009, the International Contest of Young Pop Singers in Jūrmala, Latvia. The singer was awarded with the grand prize, impressing the jury with her outstanding vocal talent and confident singing manner in a variety of genres.

Jamala performs music of her own composition in different genres from jazz, soul, rhythm & blues to pop.