The Age: Antonov An-225 Mriya touches down in Western Australia 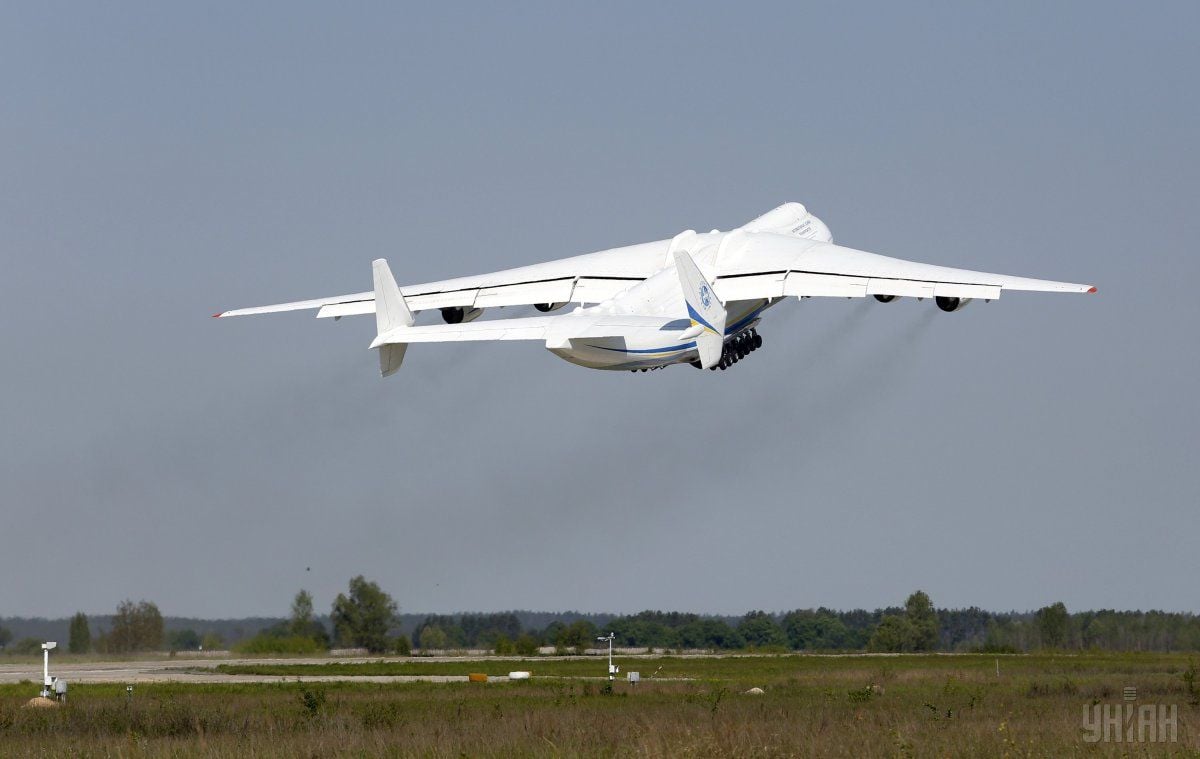 "Traffic was gridlocked around Perth Airport on Sunday morning as thousands of people lined up against fences, along road verges and on the side of the road in an attempt to get a glimpse of the Ukraine-built Antonov An-225 Mriya," the newspaper wrote.

"The monster plane was meant to touch down at Perth Airport at 10am, however its arrival was delayed for almost two hours, with the Antonov landing just before midday at around 11.45am," it said.

The Antonov has landed! @9NewsPerthpic.twitter.com/6Ho7HogDPv

Just after 10am, traffic was at a standstill with lines several kilometers long heading towards the airport on Tonkin Highway and Great Eastern Highway as crowds flocked to the airport to try and catch a glimpse of the "giant of the skies".

The public viewing area on Dunreath Drive reached capacity early on Sunday morning with thousands dedicated aviation enthusiasts getting in early to secure the best seats in the house while around 15,000 more spectators lined the fence on Airport Drive to see the aircraft taxi past after landing on runway 21 and thousands more watched the plane land from the Terminal 1 viewing deck.

Reporter Brendan Foster said the scene on Tonkin Highway this morning resembled a "Hollywood post-apocalyptic movie" where people left their cars and "gaze up to the sky waiting for a meteor to hit".

"I can't recall anything like it in Perth – ever! It's like the Woodstock of planes," he said.

However, despite the traffic, the airport terminals were eerily empty with all the people at the airport there to watch the Antonov An-225 Mriya land, not catch a flight.

"The sheer size of the An-225 was breathtaking, with the click of camera shutters audible over the roar of the six engines as it taxied past," Fiona Lander, Executive General Manager External Affairs, Perth Airport said.

Read alsoProspects for Antonov aviation giant"The level of public interest in the arrival of the Antonov is unprecedented, and Perth Airport worked closely with Antonov to ensure everyone who came to see the aircraft got a good view on Taxiway Charlie this morning.

"Never before has the An-225 made its way to Australia, and the people of Perth made the most of its visit today. We also welcomed media from all around Australia and some from other parts of the globe, who follow the Antonov on its travels," she said.

The gigantic plane – loaded with its cargo, a 117-tonne generator purchased by a WA resources company, left Prague on Wednesday on its way to WA.

Up to 50,000 aviation enthusiasts were expected to pack vantage points at Perth Airport to witness its arrival.

The last time a crowd that size flocked to the airport was in the 1980s when the Concorde supersonic airliner landed.

Aviation Association of WA president David Eyre said it may be the only time the six-engine plane, which once transported a Russian space shuttle on its roof, travels to Australia.

He said he knew of aviation enthusiasts travelling to Perth from across the country just to catch a glimpse of the 600-tonne aircraft.

"It's a once in a lifetime opportunity for everybody so that's why everyone's so excited about it," Mr Eyre said.

DB Schenker, which specializes in handling challenging and difficult shipments for some of the world's largest resource projects, is coordinating the plane's arrival.

Read alsoUkraine-made world's largest cargo plane headed to AustraliaIn a statement it said the plane would arrive in Perth after several refueling stops en-route including Turkembashi, Hyderabad and Jakarta.

The aircraft has a wing area twice the size of a Boeing 747 and must refuel every 4,000 kilometers.

"The Antonov 225 Mriya will remain for approximately two days in Perth departing on the 17th of May," the statement read.

The Antonov has 21 crew members comprised of seven cockpit crew, one flight manager, six engineers and additional support crew and will be in Perth for approximately 48 hours.

Read alsoHow can Ukraine spread its wings in Indian skiesThe unloading of the aircraft will take up to 12 hours, and involves a sophisticated system of ramps and cranes to remove the cargo.

Facts about the Antonov An-225 Mriya

It is the largest aircraft in the world.

The aircraft has six D-18T turbofan engines and 32 wheels.

The nose-gear was designed to "kneel" so that cargo can be more easily loaded and unloaded.