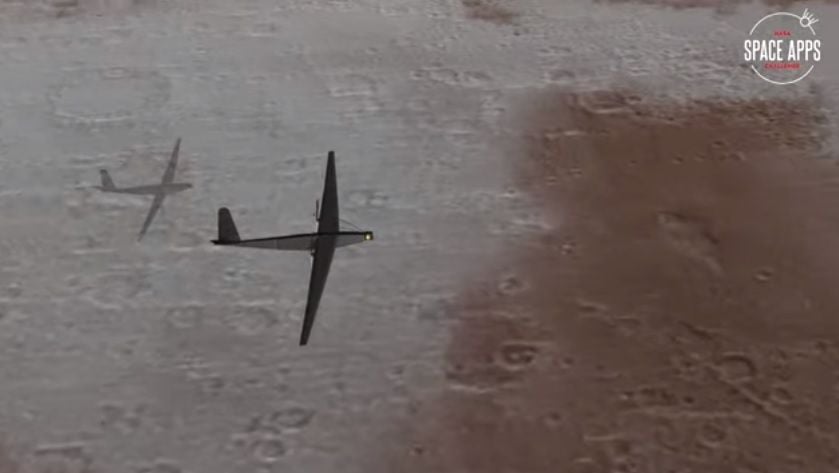 As of 11:00 Kyiv time on Tuesday, May 17, MarsHopper, which is computer modeling of a plane for investigation of Mars poles and its surroundings, scored about 12,300 supporters' votes.

Read alsoUkrainian inventors with MarsHopper aircraft project leaders at NASA Space Apps Challenge 2016Macedonia ranks second with its Avis project, a solution that involves a smart wristband and an Android app to help drone operators control the drone. It scored about 12,000 votes.

The Martian Oasis project, which is a game that simulates conditions in an off-Earth located permanent or temporary colony, developed by a team from Bangladesh, enjoys the support of about 10,800 voters.

The Wake up NEO… project presented by developers from Belarus scored about 6,500 votes, while the U.S. hypnos project got nearly 4,500 votes.

This year Ukraine has participated in the hackathon for the first time, seeing a real chance of winning.