"Nation against Capitulation:" Azov's rally against elections in occupied Donbas 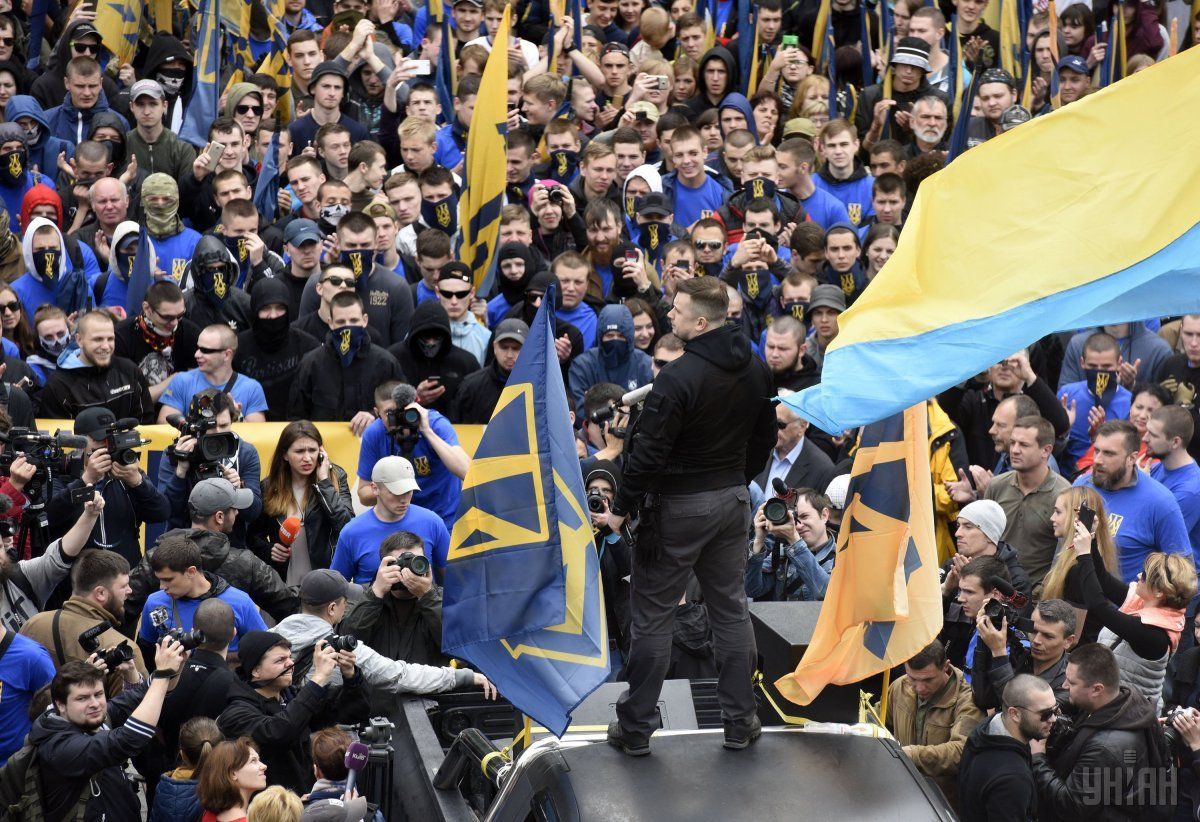 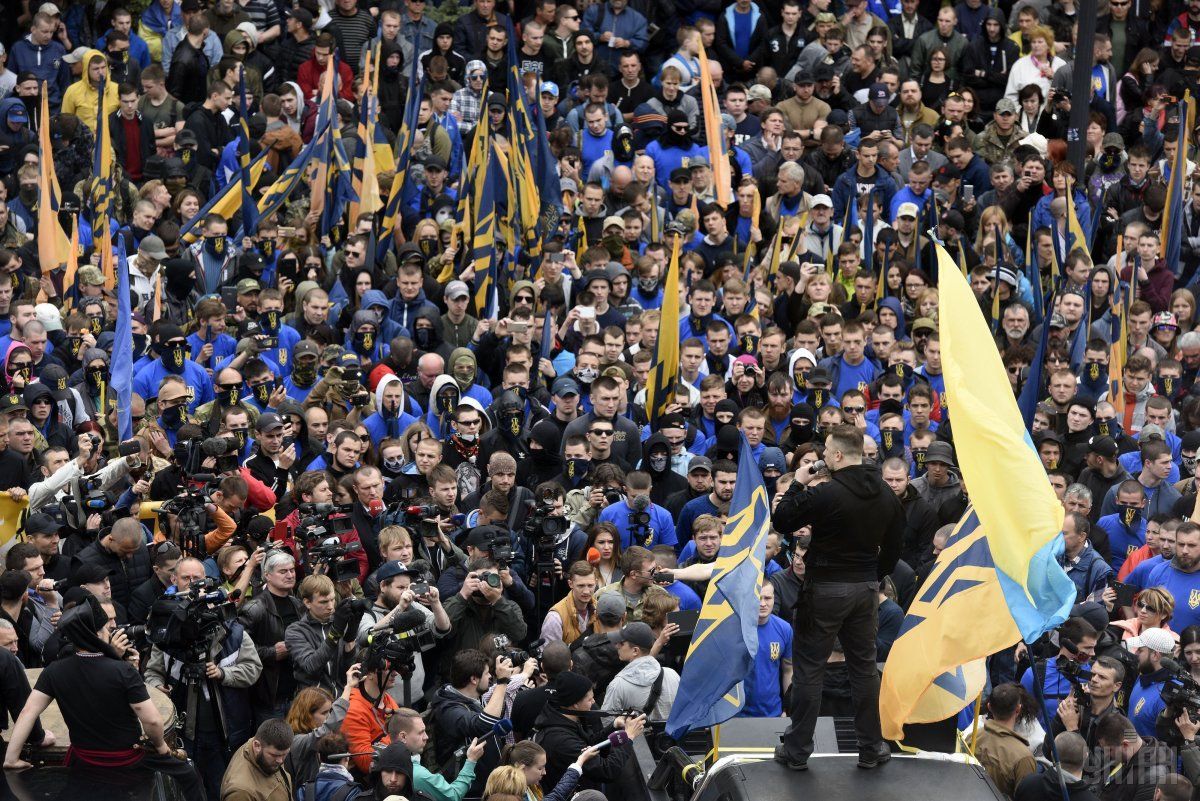 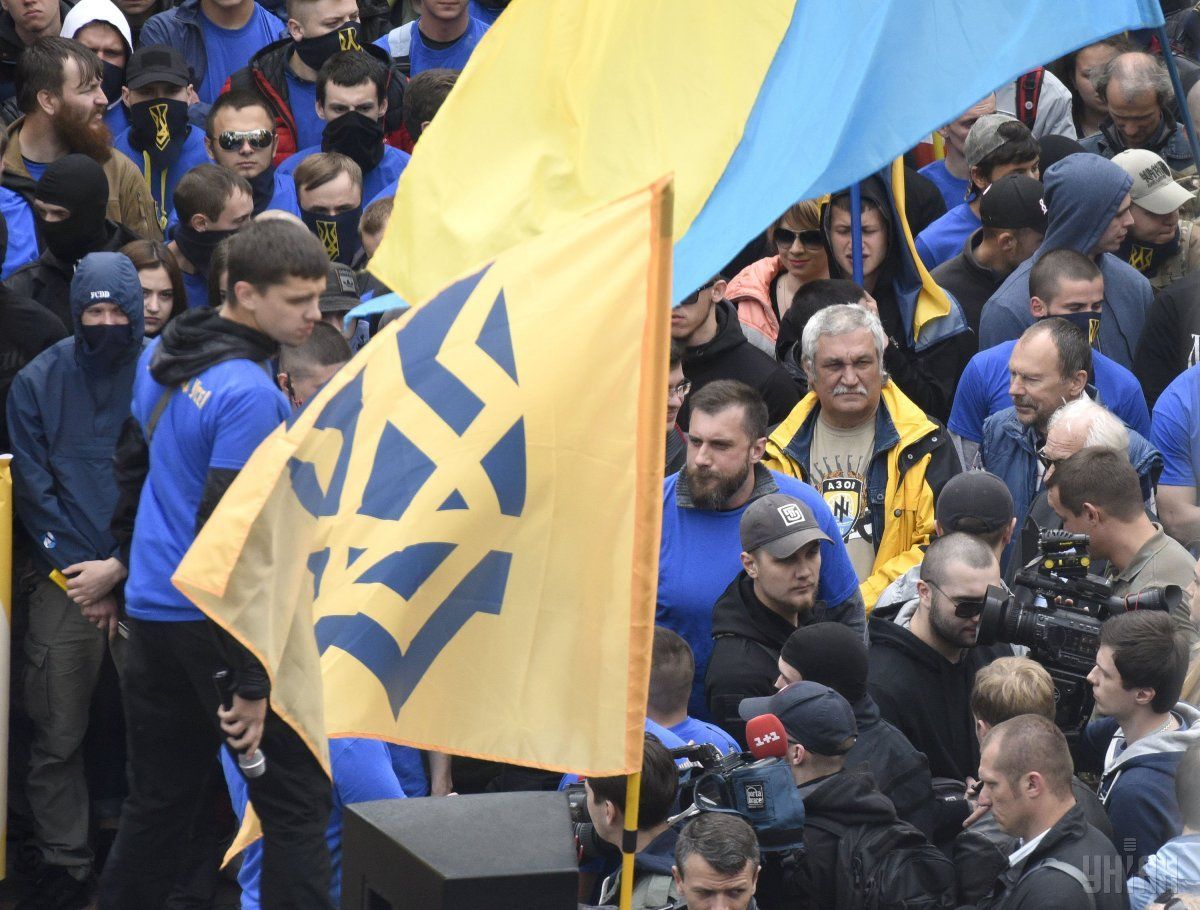 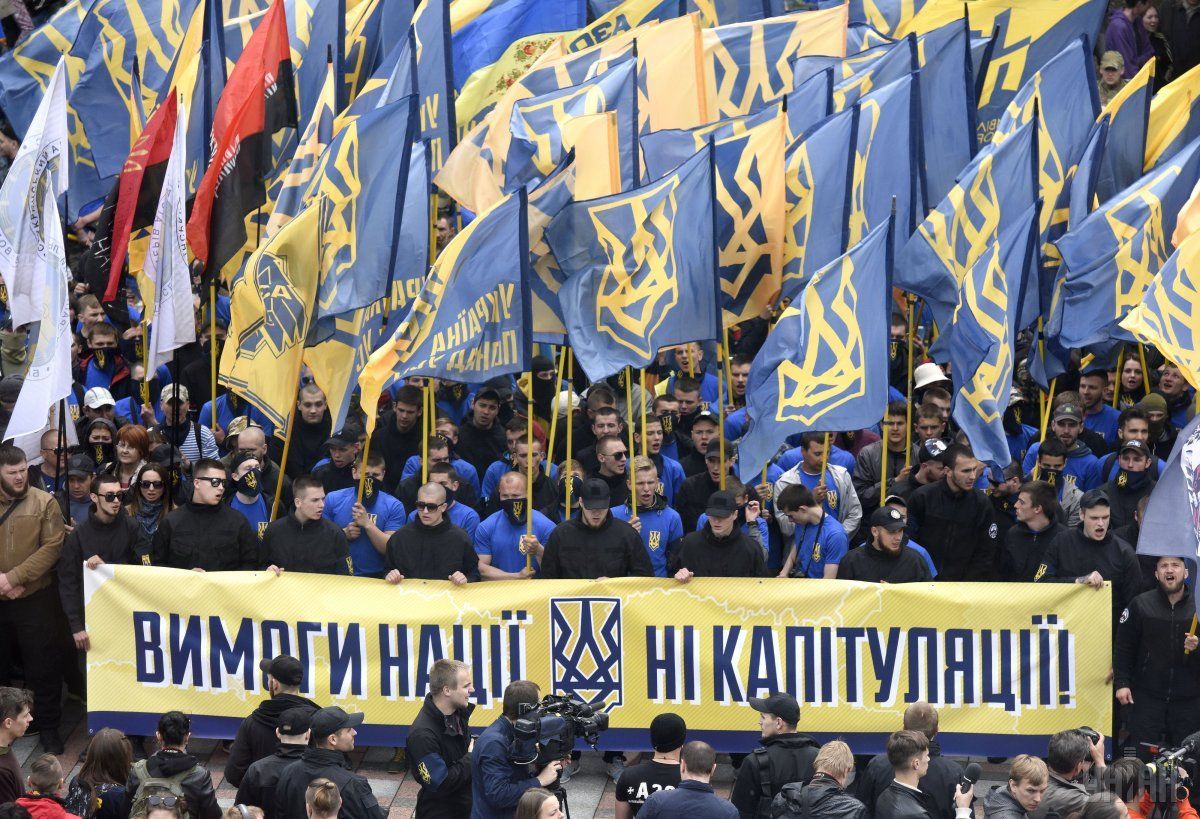 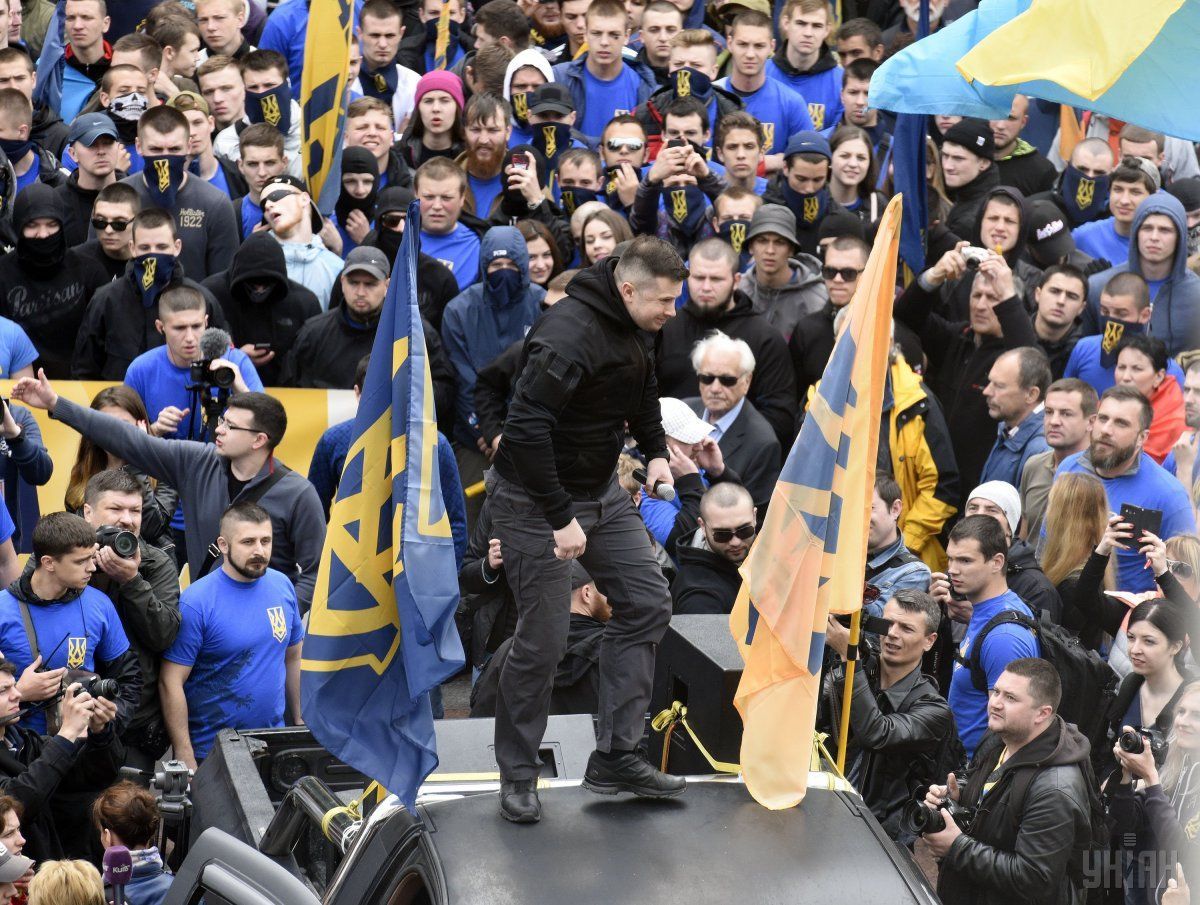 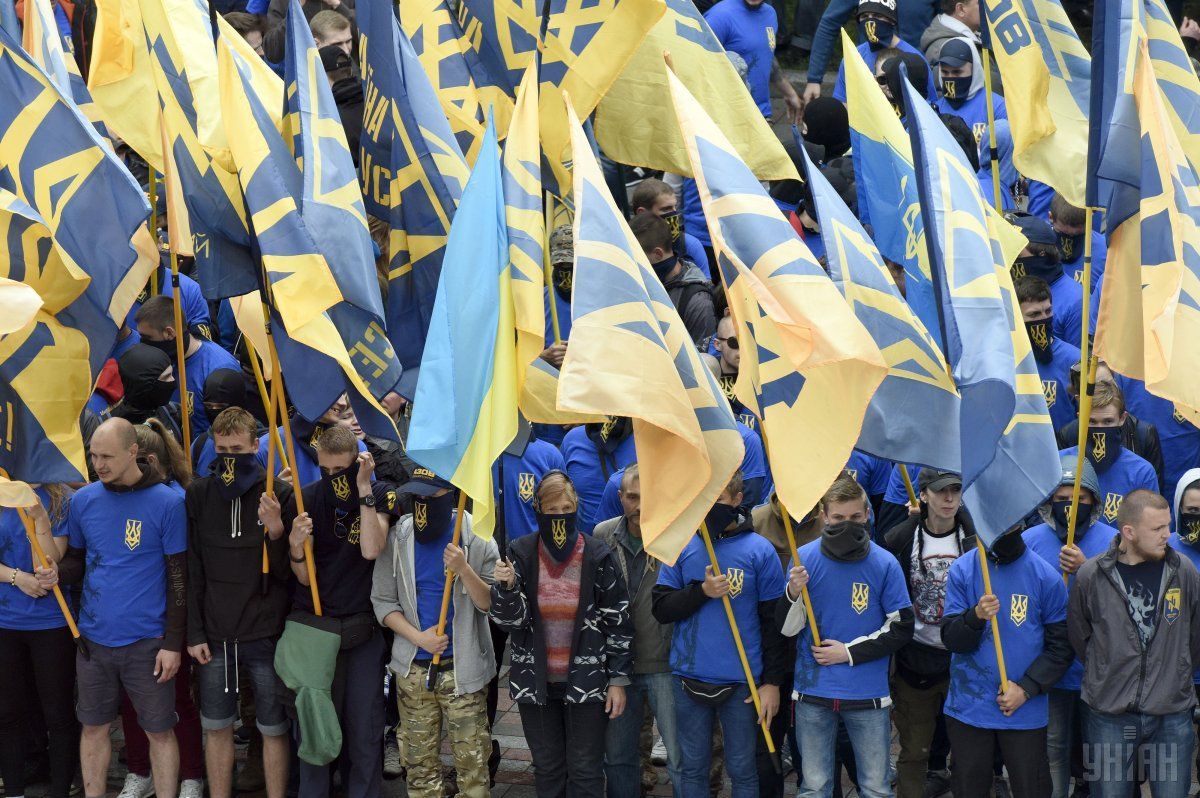 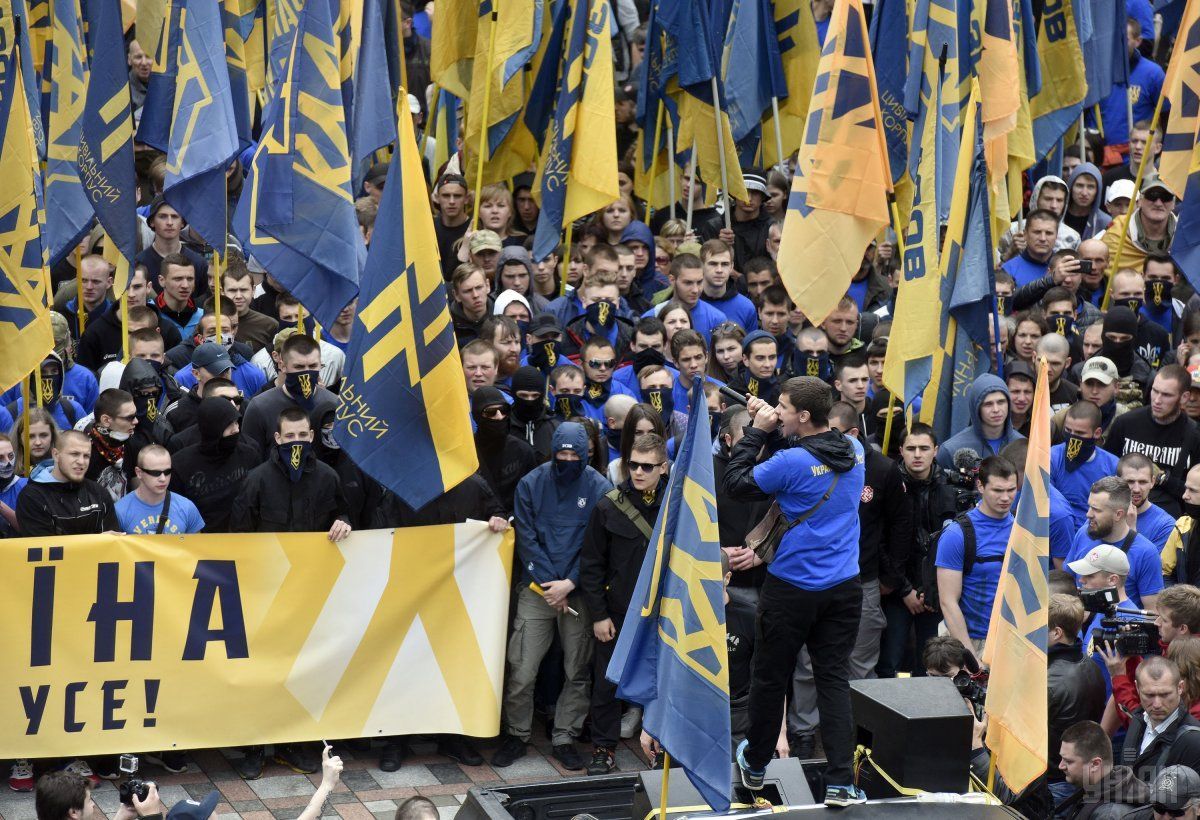 The territory near the parliament was covered with dense smoke of smoke bombs.

Several thousand participants in the rally marched along the central streets from the Motherland Monument to the parliament building. Their slogan was "Nation against Capitulation."

According to police, about 2,000 law enforcement officers were involved in the protection of public order in the center of Kyiv.

Read alsoNuland: U.S. won't recognize Donbas elections outside Minsk frameworkLater, the protesters announced the end of the rally and began to disperse.

At the same time, shortly after the march, law enforcement officers did not remove their cordons formed near the parliament.

Police denied that there were casualties during the Azov Civil Corps organization's rally in Kyiv on Friday.

"Some media reported that smoke-puff charges were used and one guardsman was injured during the Kyiv rally today. This information is a fake – no explosive objects were used and nobody was injured," press secretary of Kyiv's police Oksana Blyschyk wrote on Facebook on Friday afternoon.

At the same time, she confirmed that protesters had used flares, firecrackers, and smoke bombs.