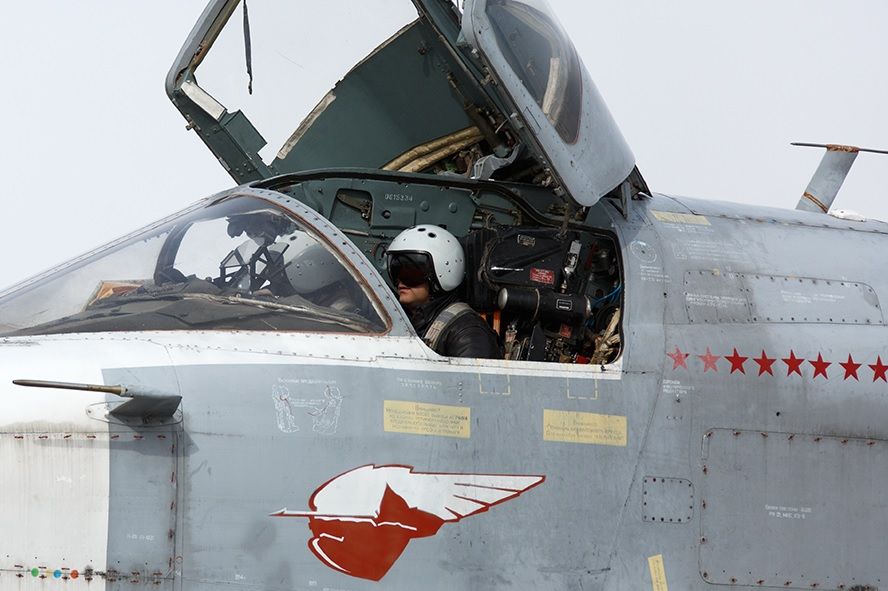 "To participate [in a competition], flight crews and aircraft were deployed in Crimea from the Central Military District: the upgraded Su-24M bomber and two Mi-8AMTSh helicopters. The bomber flew from Shagol airbase covering a distance of more than 3,000 kilometers, and the helicopters – from the airfield in Novosibirsk Region, covering nearly 4,000 km, having made six landings to refuel," TASS quoted the press service of the military district of the Russian Federation as saying.

It is noted that the best Russian crews will participate in the competition.

Read alsoU.S. to not lift Crimea sanctions unless peninsula de-occupied - U.S. official"The pilots will show their skills in Su-25 fighter jets, Su-24 bombers, Mi-24 and Mi-8 helicopters. The participants are to destroy a mobile command post, a detachment of cruise missiles at launch, a company of medium tanks on the march," reads the statement.

Read alsoUkraine Mission to UN: Russia deploys 23,000 troops in Crimea, refurbishes storages of nuclear weaponsAccording to the press service, all-Russian stage of the flight proficiency competition Aviadarts-2016 will be held at Feodosiya in the Russian-annexed Crimea between May 25 and June 8.