Andriy Shevchenko's retirement after Euro 2012 left a huge void in Ukrainian football and it has taken time for the younger generation to throw up a new leader, according to Eurosport. 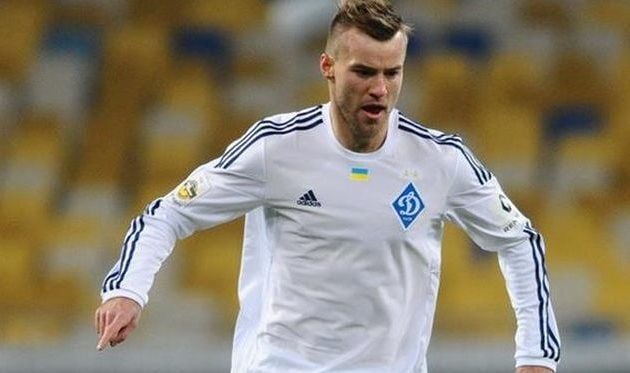 Step forward Andriy Yarmolenko, whose 22 goals have established him as the player most likely to fill the role a full decade after he was saddled with the tag of the "new Shevchenko," Eurosport reports.

Back in 2006, Dynamo's former head coach, Anatoliy Demyanenko, told a news conference that the club's scouts had found "a new Shevchenko within 130 kilometres of Kyiv", without revealing his name.

The secrecy has taken Yarmolenko time to justify that early hype.

He played a decisive role in his squad reaching Euro-2016 Cup in France, scoring four times in the qualifying campaign, and twice more in the 3-1 aggregate playoff win over Slovenia.

Read alsoCeremony held in Kyiv before National football team sets off for Euro-2016 in France (photo, video)The 26-year-old has been equally prolific for his club, scoring 19 times in a season which saw Dynamo Kyiv win their second successive title.

Yarmolenko's statistics are all the more impressive given his position as a winger rather than a striker. He boasts an impressive skillset, with confident ball control, impressive passing and dribbling plus high endurance.

On top of that, Yarmolenko frequently gets into the box or shoots from just outside it with his pinpoint left foot.

Read alsoJose Mourinho set to replace Louis van Gaal as Manchester Utd managerDespite certain predictability out wide, he has attracted many admirers among top clubs and been linked with a move to both England and China.