"This borders with idiocy": UNIAN correspondent in Russia responds to accusations of collaboration with aggressor 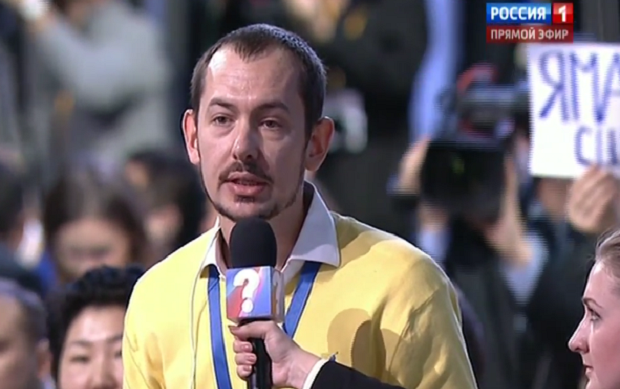 He said that the Peacemaker webside has turned into a group of anonymous individuals who accuse people, without any intention to look into the essence of a problem. The reporter also expressed concern with the fact that the project brands as collaborators the journalists accredited with the Ministry of Foreign Affairs of the Russian Federation.

"As the Peacemaker  website is believed to be close to Anton Gerashchenko [adviser to the interior minister], I can only send my greetings to him and say that he has done a great job in condemning the Russian invaders, but he has been doing does from the warm and free city of Kyiv. For example, I work in Russia, and I think that, to improve chances of my survival, including my physical survival, I should resort to all possible measures. Without accreditation with the Russian Foreign Ministry, a journalist turns into an ordinary citizen of Ukraine, dozens of which are now imprisoned in Russia. At the same time, Ukraine, as well as the Peacemaker’s team and Mr. Gerashchenko, can’t help them with anything but meaningless words," said Tsymbaliuk.

Read alsoScandalous Ukrainian website publishes new list of reporters "collaborating with Russia"In addition, according to him, there is a lot of talk in Ukraine of information security and the fight for the minds, including of the Europeans and the Americans – the Western audience mostly receives information from the former Soviet Union from their bureaus geographically located in Moscow. "All of them - Reuters, Bloomberg, AFP, reporters from all EU countries – have the Russian Foreign Ministry accreditation. These people literally risked their lives to tell their readers about the Russian invasion of Ukraine, as well. The Peacemaker named them Russia’s accomplices… This borders with outright idiocy,” said the UNIAN correspondent in the Russian Federation.

Read alsoUkrainian reporter invited to Russian TV panel show, nails it The journalist also said that he does not like receiving all kinds of threats at his address as long as he works in Moscow. His address is published in open access on the website of the Russian Federation Ministry of Foreign Affairs.

"But I'm used to it so I’m not upset with the fact of the publication of my name on Peacemaker. But I would love the Ukrainian volunteers and professionals, including the activists of  Peacemaker and our officials to ask themselves before taking any decisions: "Will this contribute to our victory or not?" In this case, Ukraine sets itself against all the western media, and this is unlikely to help us," said Tsymbaliuk.

Read alsoUkrainian Ombudswoman calls for blocking website that leaked data on journos Earlier, on May 24 the controversial website Peacemaker published a list of journalists who, according to the online activists, “cooperate” with the aggressor state. UNIAN correspondent in Russia Roman Tsymbaliuk was also included in the list.