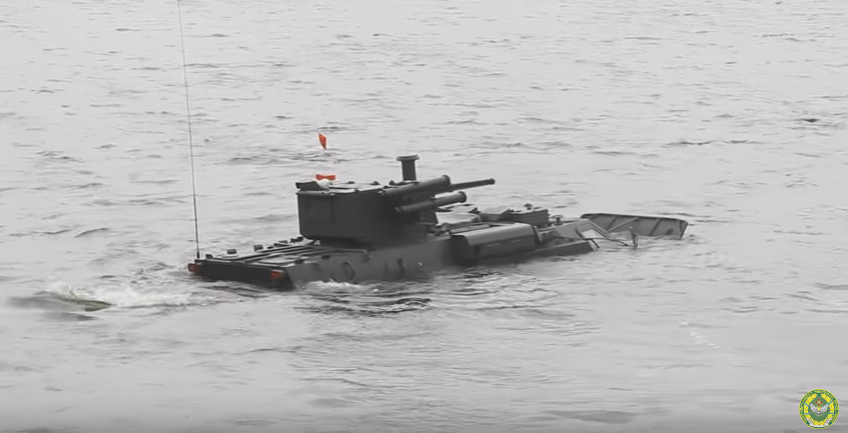 It is noted that the armored vehicle has several modifications with various power units and additional gear, depending on tasks to be performed.

"BTR-4 is a project of the Kharkiv Morozov Machine Building Design Bureau. The company has not stopped upgrading the armored vehicle. The designers have been experimenting, setting up new power units, additional equipment, various types of weapons," states the description to the video.

Read alsoUkroboronprom boasts own military products in impressive videoIn addition, the APC chassis may also be the base for special modifications to perform non-combat tasks. The National Guard obtained BTR-4’s designed for the evacuation of the wounded. This modification does not have weapons installed, but its body has been extended to accommodate medical gear.

The tests were held on Saltov reservoir in Kharkiv region.