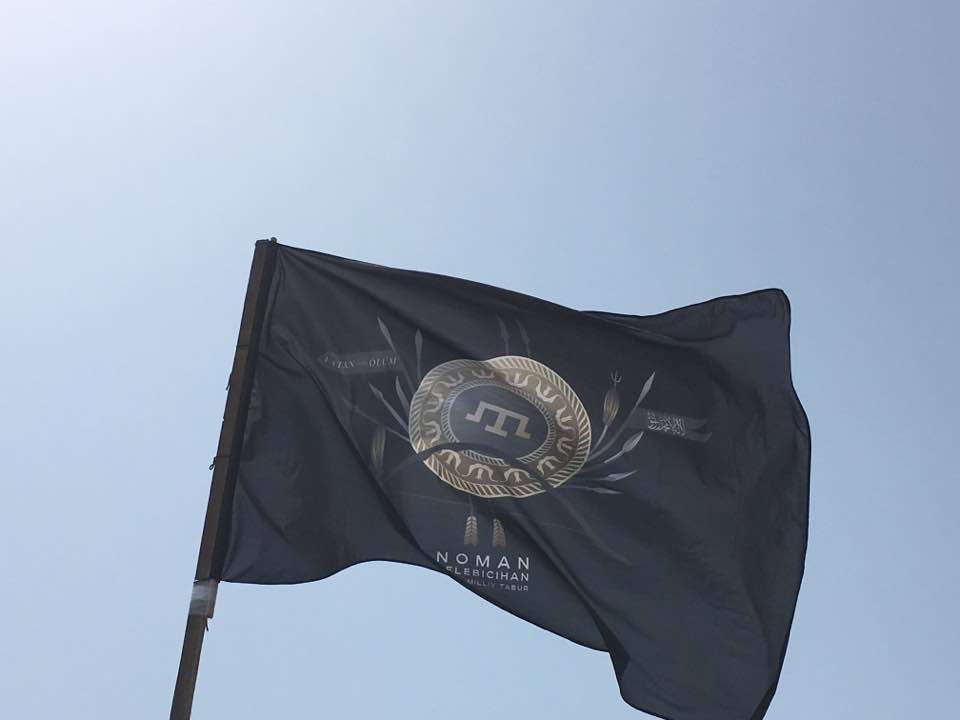 "It is a historical moment for our battalion - we have raised our own flag along with Ukraine's and Crimean Tatar national flags. It took our team a few months to develop and create it," Islyamov wrote on Facebook, according to Ukraine Today.

In December 2015, Lenur Islyamov announced the creation of the Crimean Tatar Battalion, which will be part of Ukraine's Armed Forces.

On June 7, Ukraine's Internal Affairs Minister Arsen Avakov said he did not support the initiative of setting up the Crimean Tatar battalion.

"I met with Crimean Tatar leaders and Ukrainian MPs Mustafa Dzhemilev and Refat Chubarov. We discussed how to use those Crimean Tatar patriots, who stay on Ukraine's mainland territory. We came to a conclusion that this is Ukraine after all, and there should be neither Armenian nor Georgian nor a separate Crimean Tatar battalion. It should be the Ukrainian army special forces where Crimean Tatars, Armenians, and many others can serve... I favour a different approach, I know most of these activists. We cooperate with them," Avakov said.

"In my opinion, a Crimean Tatar, like any other citizen of Ukraine, should serve in a regular division of the Ukrainian army, the National Guard, the National Police," said the Minister.

On December 20, 2015 Lenur Islyamov announced the creation of the Crimean Tatar