The Football Federation of Ukraine will try to seal the deal next month so that the coaching staff had the time to prepare for the World Cup qualifiers in 2018. 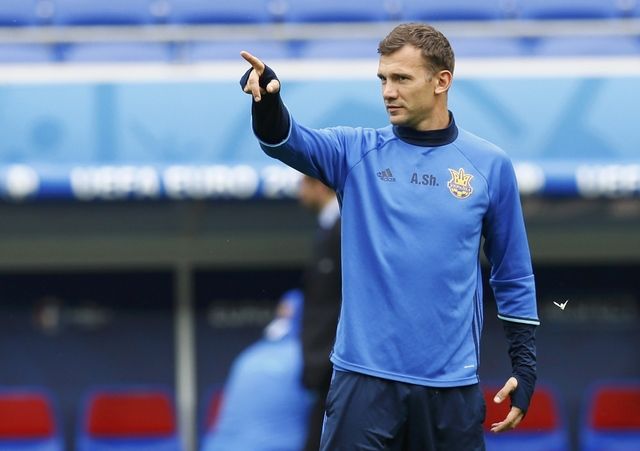 The FFU leadership plans to hold talks with the current assistant head coach of National team Ukraine Andriy Shevchenko over his possible appointment to the post of a head coach after EURO-2016, as reported by Sport Arena, citing its own sources.

Shevchenko's candidacy is seen as a priority, but not only the Shevchenko’s consent but also that of the Executive Committee of FFU is needed.

Read alsoUK suspects Russian football hooligans have Kremlin linksAlso, if Shevchenko is appointed, the coaching squad will be completely renewed.

It is expected that the work on settling formalities will be accelerated in July for the taem to have a new head coach and a coaching squad by August.

As UNIAN reported earlier, Andriy Shevchenko became an assistant coach of the national team Ukraine at the end of last year, when the players have already won the right to play at a final stage of EURO-2016. In September, the Ukrainians will start qualifying for the World Cup 2018 tournament.

Ukrainians’ rivals will be Croatia, Iceland, Turkey, Finland and Kosovo.

As UNIAN reported earlier, it became known Saturday that the current head coach, Mikhailo Fomenko, will leave his post after EURO-2016.