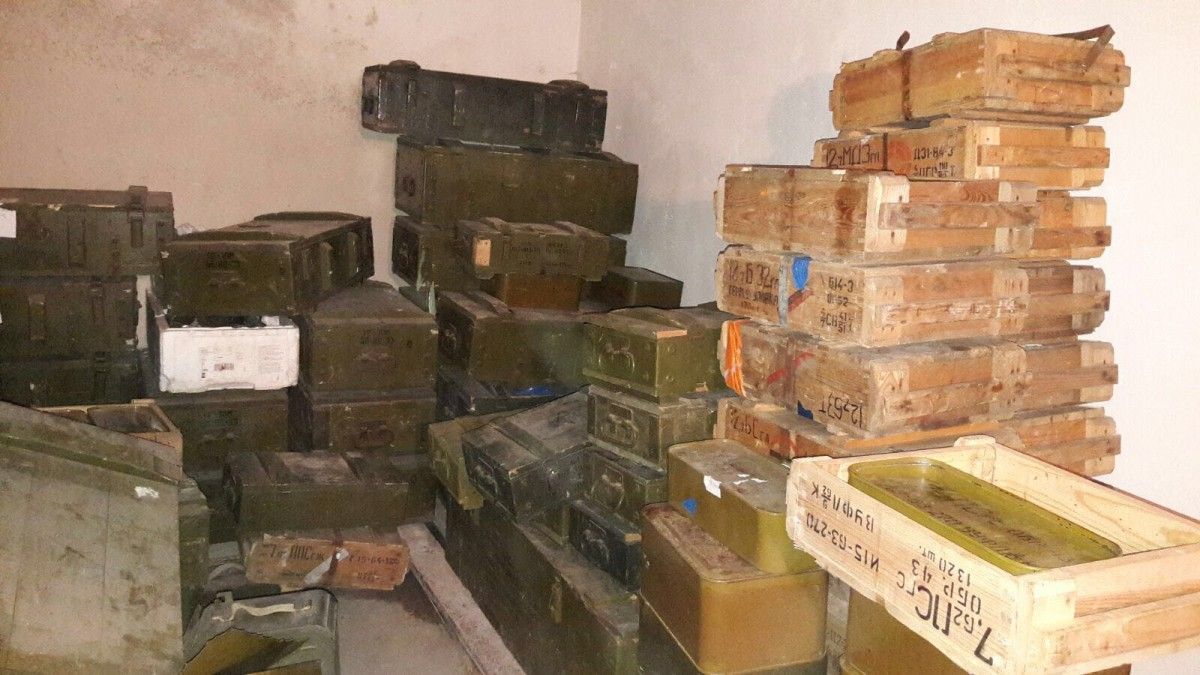 "The Department for investigation of particularly important cases in the field of economy of the Prosecutor General's Office, in close cooperation with the SBU's Main Directorate for Combating Corruption and Organized Crime and the SBU's Department on Combating Corruption and Organized Crime in Kyiv and Kyiv region, as well as the management of the internal security of the National Police of Ukraine in Kyiv and the State Border Guard Service of Ukraine, on Wednesday morning launched a special operation to seize the illegally held weapons and ammunition, which had been stolen and taken out of the ATO zone," the report says.

Read alsoNadia Savchenko’s former commander arrested, Aidar fighters block courtroomAccording to the PGO, "having conducted investigative actions at the place of dislocation of the Dnipro-1 regiment of patrol police service of the Main Department of the National Police in Dnipropetrovsk region, the officers revealed a record number of illegally held weapons, ammunition and explosives, which had been stolen and taken out of the ATO zone as milsurp military property had been used in clashes with the DPR and LPR militants.