People's Deputy from the Opposition Bloc, ex-member of Vitkor Yanukovych’s Party of Regions Yevhen Balitskiy was recorded on video showing a middle finger to a reporter from Chesno NGO, who filmed the MP during the voting. 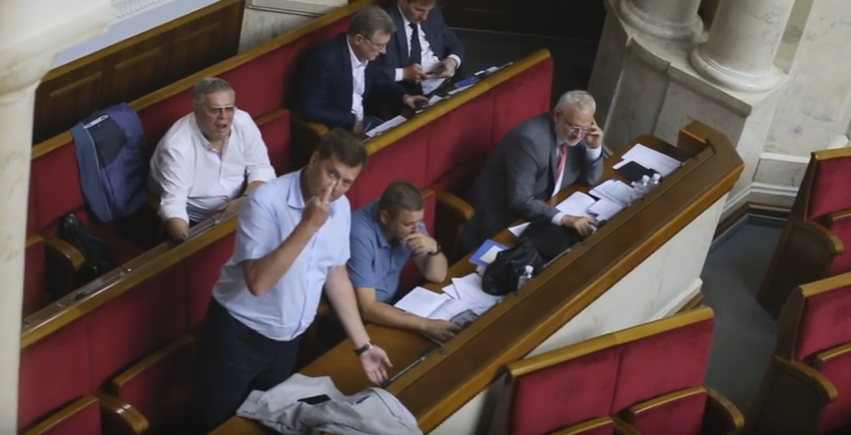 "A button-pusher [a colloquial reference to MPs engaging in voting their colleagues absent at the session hall] from the Opposition Bloc Yevhen Balitskiy, ex-member of the Party of Regions and member of the interfaction association For Peace and Stability shows our reporter a middle finger right during the voting,” Chesno reported.

Read alsoPoroshenko signs judiciary bill into lawThe organization hopes the incident will be addressed by the Rada’s procedural committee.