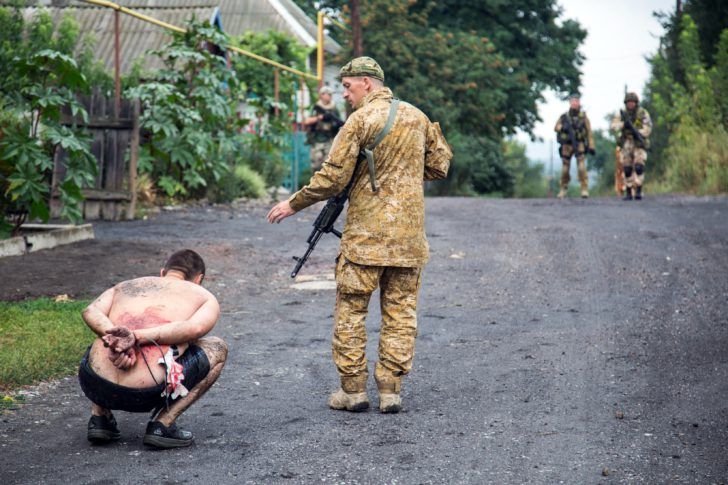 The 56-page report, titled “‘You Don’t Exist’: Arbitrary Detentions, Enforced Disappearances, and Torture in Eastern Ukraine,” is based on interviews with 40 victims of abuses, their family members, witnesses, victims’ lawyers, and other sources.

Most of the cases detailed in the report took place in 2015 and the first half of 2016.

Read alsoUN report on 2014-16 killings in Ukraine highlights "rampant impunity"“It is never legal or justified to seize people off the streets, cut them off from contact with family and lawyers, and beat and abuse them,” said Tanya Lokshina, senior researcher for Europe and Central Asia at Human Rights Watch.

“Torture and secret detention are not historical – or unknown – practices in Ukraine. They are taking place right now, on both sides of the conflict,” said Denis Krivosheev, Eurasia Research Director at Amnesty International. “Those countries providing support – to whatever side – know this perfectly well. They must not continue to turn a blind eye to these abhorrent abuses.”

Read alsoMFA Ukraine comments on OHCHR report over Donbas crimesIn the self-proclaimed Donetsk and Luhansk people’s republics, local security services, which operate without any checks and balances, have arbitrarily detained civilians and, in some cases, tortured them. Residents of Donetsk and Luhansk described respective de facto state security ministries as the most powerful and the most feared organizations in the self-proclaimed republics.

“The vacuum of the rule of law in separatist-controlled areas deprives people who have been detained of their rights and basically leaves them helpless,” said Lokshina at Human Rights Watch.

Read alsoAlexander Hug: "We note a sustained supply of ammunition in areas not controlled by Gov't"The human rights organizations have called on the Russian-backed militants “to end and investigate all disappearances, arbitrary detentions, torture and ill-treatment of detainees” and “ensure accountability.”

They also called on the Ukrainian government to “end, investigate, and ensure accountability for enforced disappearances and arbitrary detentions, as well as introduce and enforce a zero tolerance policy on torture.”