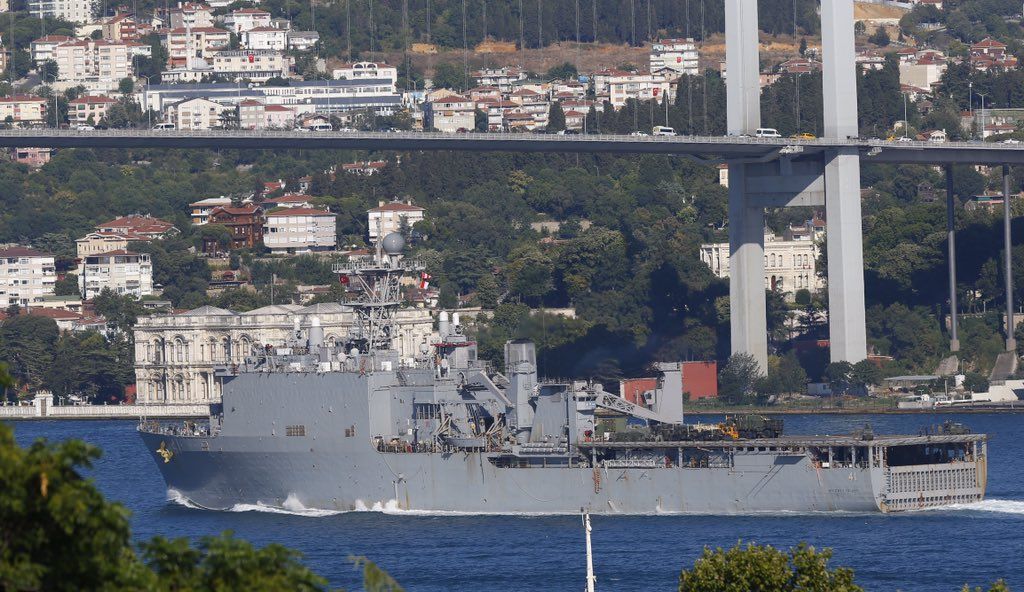 A number of marines are to be deployed from the ship on the coast near the mouth of the Danube, according to the drills’ scenario.

As UNIAN reported earlier, the Ukraine-U.S. military exercise Sea Breeze 2016 kicked off in Ukraine July 18, to be held in Odesa and Mykolayiv regions and in the north-western part of the Black Sea.

According to Naval Today, the at-sea phase of the exercise will focus on maritime interdiction operations as a primary means to enhance maritime security. Other warfare areas to be tested include air defense, anti-submarine warfare, damage control, search and rescue, and other tactical maneuvers.

“Our job here goes beyond security, stability and safety,” Engle said. “We are here to build partnerships and to forge lasting friendships.”